She was born in Phagwara, Punjab and brought up in many foreign countries as Saudi Arabia, Dubai, Kuwait & Bahrain as her father is a commercial pilot.

She won Femina Miss Diva 2014s title of Miss Diva Chandigarh. Hence she started getting calls for music videos.For the first time, she got a call for Happy Raikoti’s video Jaan. At that moment,  Aakanksha Sareen decided to join the industry by giving it a try. 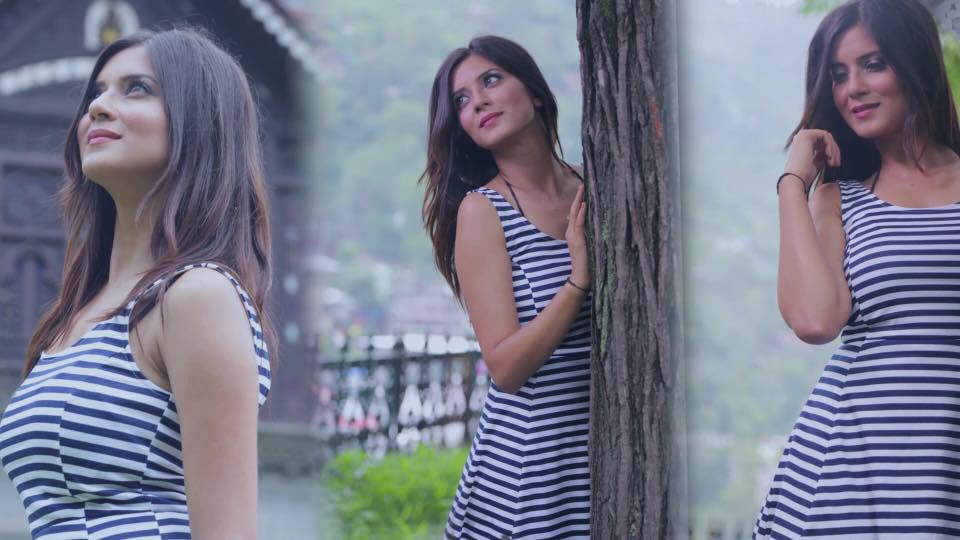 She says Punjabi music industry has treated her really well. Aakanksha Sareen is inspired by Priyanka Chopra. Aakanksha says “ Priyanka Chopra has become a global star & has represented India as a country worldwide. If I could work hard like she does, it would be really good”.

Favorite video of Aakanksha Sareen is Paune Atth by Ranjit Bawa & Dil Darda as well. Before signing a video, she looks out for the audio, if I feel it’s the one she can listen to as an audience and would like to have in her playlist, that is when she decides to do it.

Aakanksha Sareen see herself as a hard working person who tries to improve day after day and having competition with nobody but herself!

Apart from music videos she is also going to debut as an actress in a Punjabi movie, she shall be sharing the release date very soon on her Facebook page. No such update for now. Her fans are super excited to see aakansha sareen’s movie.

Aakanksha Sareen believes the confidence that she possess sets her apart from others. This unique thing about her distinguishes her from the rest of the artists.

While performing, she thinks that this is her first and last shoot! First, because that helps her keep attitude right with everyone. Last, because it inspires her to give her best. She is most afraid of failure.

Some unknown facts about Aakanksha Sareen