Preview: The Black Prince Movie (True story of the last king of Punjab).Releasing on 21st July 2017

Ever wondered a Hollywood movie dubbed in Punjabi language? Sounds awkward? But this time it’s not, as this coming movie isn’t only dubbed in Punjabi language but also holds its whole story line on the life story or biopic of last Maharaja of mighty kingdom of Punjab, Maharaja Duleep Singh and the leading role in the film is done by Punjabi Sufi singer and poet, Satinder Sartaaj and he is the only artist of Punjab who has entered in a Hollywood movie till yet. Although he has not only entered into the Hollywood industry but has entered in the field of acting for the very first time. It will be very interesting to see him on the screen in the leading role of Maharaja. Along with him, there is a very strong personality of Bollywood, Shabana Aazmi, in the role of mother of Maharaja.

The story line of the film is yet interesting and a great biopic of Maharaja Duleep Singh who was last Maharaja of Punjab and he was brought up in England. He was placed on thrown at the age of five and was taken away from his mother at age of fifteen by British to England and was handed to Queen Victoria who loved the personality of Maharaja and named him “ The Black Prince ”.

Maharaja was indoctrinated to Christianity and baptized, changing his life forever. He met his mother after 13 years and she reminds him of his true personality, religion, culture and former life in Punjab. After which dispute took place between Maharaja and Queen Victoria, then he starts his difficult and tiring journey towards his culture, to regain all that was lost and re-embrace the faith of his birth, Sikhism. 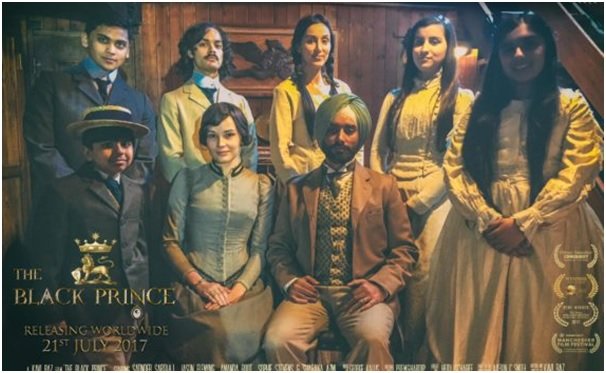 Torn between the two worlds Maharaja Starts a lifelong struggle for his Kingdom which takes him to an extraordinary journey across the globe.

In the Punjabi version of the film, there are two songs written and sung by Satinder Sartaaj.Watch The videos of Songs by clicking on the links below.

For more official updates about the movie, you can visit the following official pages and accounts of the film:

Hope this biopic of Maharaja Duleep Singh(The Black Prince) will be a huge success in Cinema.