Mankirt Aulakh is a Punjabi singer who is very famous among the youth and especially females as his songs are mostly in favour of girls only as of many other songs we normally see that the songs are showing bad side of girls and right side of males but in his songs there is nothing wrong with the girls and boys as well. Hence this makes him closer to the female hearts, Mankirt Aulakh desires of becoming as good personality as Gagu Gill in the Punjabi Industry along with this he admires him a lot.

Most of the times when he travels around the globe for his world tours for his live shows he gains too much attention of the audience along with this he wears Kurta Pyjamas only rather than wearing branded western cloths which makes him look different, also the reason behind this fact is that he somehow wants to spread the taste of Punjab wherever and whenever he goes., which shows his relational love with his language, culture and upbringing.

Talking about Mankirt Aulakh’s family, his family includes his parents, father Nishant Singh and mother Manjit Kaur who has supported him a lot during his struggle days also during so many interviews among various places he tells that his mother always prayed to god for his well being due to which he is here in front of all of us moreover his parents never taunted him like others did to him although they have always encouraged him, if he has asked for a single wish they have always competed his many. Other than his parents he is the youngest child of the house, he has 2 elder siblings, one sister and one brother named Ravsher Aulakh, whose happiness means world to him, Mankirt’s elder brother lives in Melbourne along with his wife. And his sister is also married. 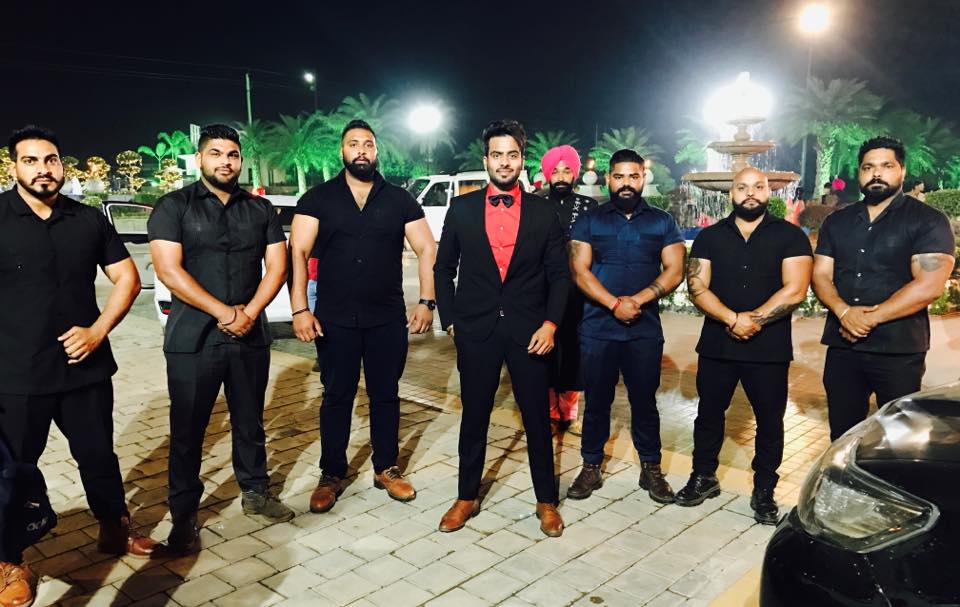 Struggle period of Mankirt Aulakh has never been less than a movie scenario this is because his struggle story is very different from the normal struggle stories which further makes a different between him and other singers of Punjab. Therefore it is his struggle only which has kept him so down to earth even after being so famous personality.

One of the more interesting fact about Mankirt Aulakh is that his struggle is very close to some of the very famous personalities of Punjabi industry that are Ammy Virk and Nishant Bhullar, this is because that they three of them are friends from the time when no one was an established star of the industry.

Although Mankirt Aulakh was firstly a wrestler, yes you have read that right, a wrestler along with a kabaddi player as well also he was known by name “Mani” and he was called as “Mani Pehalwan”. Weight of this wrestler was 118 kilograms at that time and he has done wrestling more than 5 years. Moreover becoming a singer was also not a easy task for him, as he belongs from Fatehabad, Haryana from where he went on to Patiala Punjab for learning singing along with Ammy Virk the name of their Teacher is Ujagar Intal.

Most of the people think that Mankirt Aulakh’s very first song was “Jugadi Jatt” but that is not true, his very first released song was named as “Kaka Ji” which was not much famous track and did not able to create his face value also during those time he did not lost much weight, due to which someone advised him to lose his weight so that he should look really good in the camera which will make his face value. As of today’s time we know that just having voice for a singer is not a enough part, along with this one should maintain his body language, style and other factors as well, which is what Mankirat Aulakh developed in him after the hard work in gym for two years.

After losing so much of weight Mankirt was ready to release a track, which came out to be “Jugardi Jatt” and that was a super hit song we all know about after this we had another song from him under the banner of Crown Records named as “Galla Mithiya” which was very close to positivity of the girls and won many hearts around the globe. After this there was no time when he had to look back for another career in his life and finally this became his profession.

Changing his profession from a wrestler to a singer was not a cake of piece for him not his intention was to change over like this but when during a wrestling he got very seriously injured which lead to result that he could never be a part of wrestling ring again changed his journey from a wrestler to singer. This is what destiny is, you can never know what the god has decided for your well being. Although during his bad days everyone used to call him a “Khota Sikka” which means a “spurious coin”.

Most of the times people tried to make him feel low because of the thing he has lost also because of the reason that he has never been very good in the studies, everyone at his home is well educated moreover, well settled due to which he has to listed to all this shit that everyone was saying to him. But rather than all this there was a person named as “Prince Rakhdi” who always encouraged him to come towards the music like and shine but Mankirat Aulakh was so fed up from his life that he did not wanted to do anything rather than sitting and worrying about his career opportunities but still Prince Rakhdi was the one who made a way for him to enter into industry, convincing him for doing all this.

Also the song “Jatt Jugadi” is written by Prince Rakhdi, Mankirat Aulakh feels that if he is here in the industry it is just because of Prince, otherwise he may not be a part of so much love, fame that he has collected from his fans, moreover other than Jatt Jugadi, the very famous track of Mankirt Aulakh that is “Choorey Wali Bah” is also penned by Prince. In future also Mankirt Aulakh will be singing his songs.

Mankirt Aulakh always tells that once when he went to perform in Melbourne, Australia along with sharing a stage with Ranjit Bawa and some more famous artists of Punjab. He had huge audience in front of him and the rush was so heavy that only as far as they could see there was only crowd and crowd, among all the crowed there was his elder brother, who was thinking that in front of so many people and with such great artists of Punjab his brother may become fade and disappeared in the show but when Mankirat Aulakh arrived on the stage there was so much of excitement in the audience and people were enjoying so much at that time that his brother not could imagine that all this was for the real.

Then for the very first time his brother came on the stage in between the show and hugged him tightly telling him a thing that “My spurious coin has really worked so well I could have not imagined, keep it up”. Mankirt Aulakh feels that this was one of the most emotional and proud moment for him on this earth that his brother who have never believed much in him said these words to him when he needed it the most, in so much of crowd Mankirt Aulakh had his eyes only on his brother, which means the world to him.

All about his journey inspires so many of youngsters that if you have faith in god, hard work and potential of ignoring the taunts of people you can defiantly be set an example for your own mates and many other people around you or your society. Never Mankirt Aulakh has wanted to spread a bad message through his songs but still he often feels sorry for anything that has came up with bad message through his songs, he appreciates the feedback from his audience and asks for your demands for the songs you want to listen.

There are many more interesting facts about him, that in Bollywood, the actor that Mankirat Aulakh likes in Akshay Kumar. Singers to those he listens are Rahat Fateh Ali Khan and Naseebo from Pakistan, although he feels that these are the singers which have really sung for the lives and he will also try to be just being a small part of their personality if he could.

More often as there are many singers coming as actors as well, many of the people want to see Mankirt Aulakh as an actor as well but regarding this Mankirt Aulakh tells that he has plans for a film but the movie that he will be doing would be really different, and he is looking for the one as soon as he will find it, you will be able to see him as an actor as well. Furthermore, 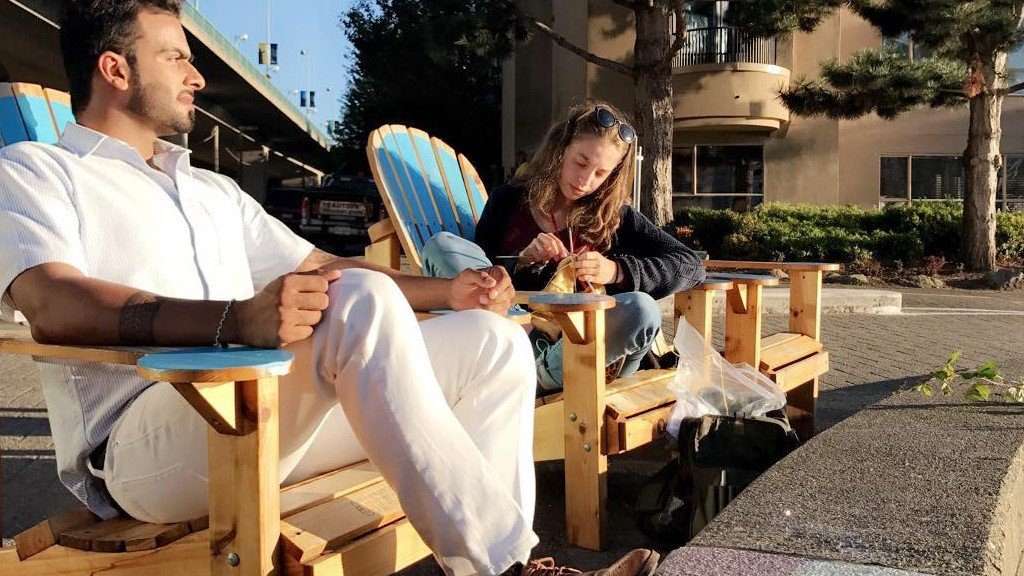 Mankirt Aulakh already did a movie previously with Roshan Prince in which both of them had guest appearances, but the movie failed at the box office.

Mankirt Aulakh tells that the reason behind doing a movie at that time was Roshan Prince who approached him for the film and he was not feeling really well to say a no to him as he is a senior artist along with this he himself wanted to do a movie for which he was very excited, although that was a bad decision for deciding so soon, but now he will be careful while choosing a movie.

Mankirat Aulakh has a very unique dream of being a good husband and father, which really reflects that the songs like Galla Mithiya and Choorey Wali Bah are very close to his heart and he really want to the one. Moreover Mankirat Aulakh tells that he is just like his songs, and his songs can also be called as the mirror of his life.