Sakshi Maggoo is the lead actress while Veena Malik, famous actress of Pakistan is also playing an important role in the movie.

It is made under the banner of AG Productions and Prabhjeet Films. Deyo Wadhaiyan is scheduled to release on 28th September 2018. 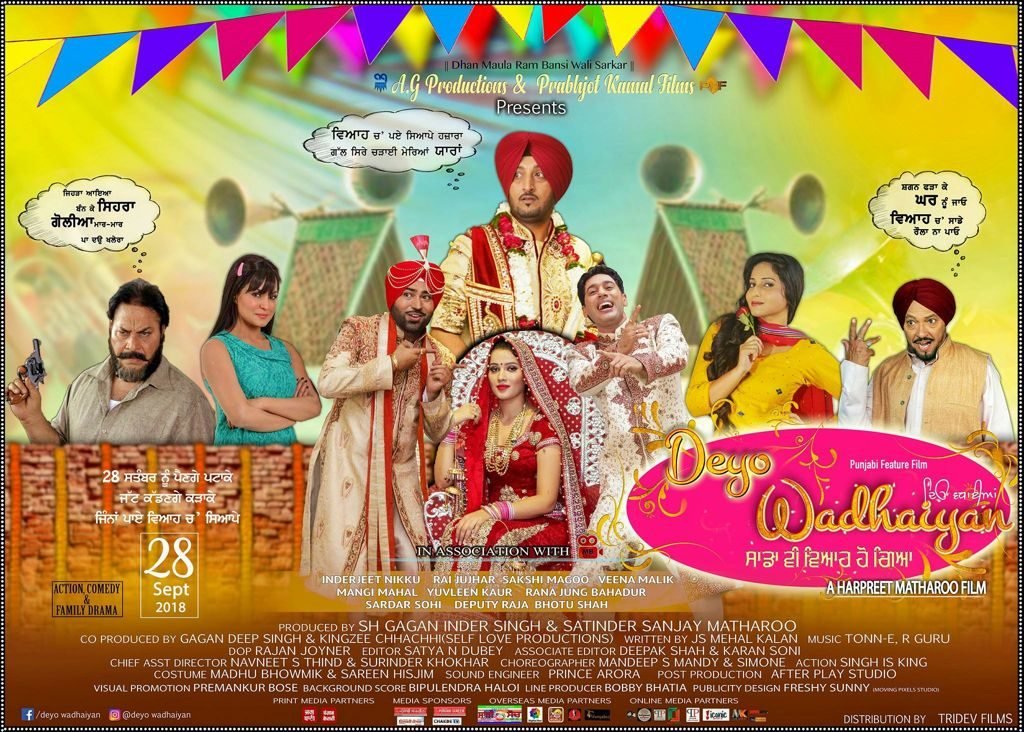 Deyo Wadhaiyan movie is all set to release on 28th September 2018.

The music audio and video will be soon available on “T- Series Apna Punjab” digital platform,