Coming September get ready for Jora 10 Numbaria, A Presentation of Bathinde Wale Bai with leading actor of Ramta Jogi film “Deep Sidhu” in and as “Jora 10 Numbaria”. Deep became the winner of Kingfisher Model Hunt and took part in Grasim Mr. India and became Grasim Mr. Personality and Grasim Mr. Talented. He has walked the ramp in Bombay for designers like Rohit Gandhi and Hemant Trivedi. He also became legal head of Balaji Telefilms for three and a half years. He also opened his own law firm named “Lex Legal” and had clients like Sanjay Leela Bhansali Films, Balaji Telefilms, Vijayta Films, Red Chillies, PVR Pictures, Sony Pictures, Colours, Star Plus and others. He has worked with all senior lawyers of this country including Harish Salve and others. One day at Internal awakening he got a call from inside when he felt that he wants to do what he likes doing. So he stopped successful law practice and became an actor.

The director of the movie is famous Punjabi lyricist and Poet of some very famous songs like “Silli silli aundi e hawa” “Amardeep Singh Gill”.  Whose debut film as a director was “Sutta Naag” a short film based on Late Gurbachan Singh Bhullar’s story, After which he did a short film named “Khoon” based on Baldev Singh Sadaknama’s novel “Kallri Dharti” in 2016. He also worked for Punjabi feature film Yoddha as a story writer, screenplay, dialogues, and lyricist.

The director was born in Bathinda Distt. , on 13th December 1966. Did masters in Punjabi from Punjabi University, Patiala’s regional center Bathinda. Song “dhian door desh nu challian” sung by Master Khan was his first song which got recorded. He has written around 600 songs.

The director, Amardeep Singh Gill and actor of the movie, Deep Sidhu are looking really excited for the film and promising that concept of the movie is never like before. Deep in an interview said that this movie is a Bollywood level film and related it to the movies that Sunny Deol dos, like action, a thriller with sort of very strong dialogues as well. 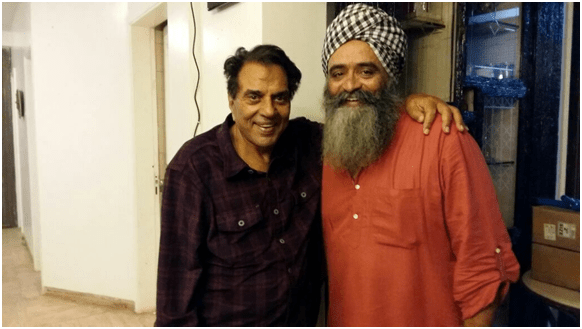 Whereas Director calls this movie as his dream project and thanks very famous Bollywood personality, Dharmendra for meeting him and getting agree to work with him.

jora 10 numbaria trailer is yet to release.

Hope this movie would be a great work from such great personalities in the industry.