Kamal Virk is upcoming Punjabi actress, who is all set to make her debut in Punjabi cinema with film “Kande” that is directed by very talented and senior director Kavi Raz, who directed and written Hollywood tale “The Black Price”. The film is written by BAAZ and Preet Bath is leading actor in the film.

In an exclusive talk with PunjabDreams.com, Kamal Virk revealed some interesting facts about her. So here are some facts about this upcoming beauty of Punjabi cinema. 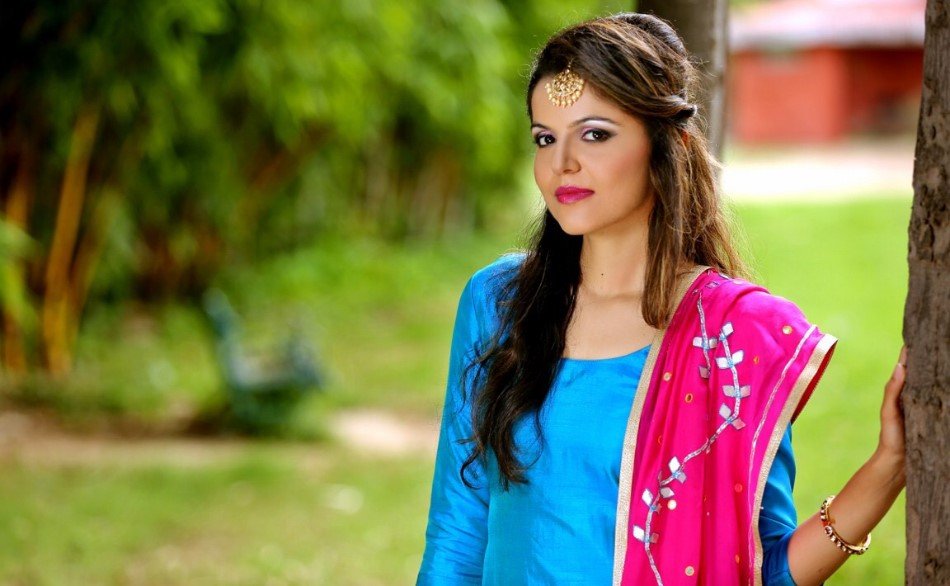 Kamal Virk has studied at various places during her school time as her father is in judiciary, due to which she had to change her school every three years. She did engineering in Computer Science and was in love with acting since childhood, also she performed on various stages during her graduation time. She never wanted to be an engineer, but due to her family she had to complete engineering and her father was reluctant to see her in the field of acting as it’s not a very stable career option.

Her family includes her parents, her grandmother, younger sister and herself. And Belonging to non-filmy and non-acting background she was born with the skills and dream of being an actress. She always loved Hollywood cinema more than any other thing. And she also went to America for learning acting skills but after a short span of time she felt that the breeze of this outer world didnt satisfy her for her betterment and career, that’s why after smelling every aspect of Hollywood and Bollywood cinema, she felt comfortable in her mother language, Punjabi.

Through a casting director she came to know about the making of the movie “Kande” and went for the audition and got selected. She feels so good for this that words for her were never enough in the praise of the whole team, Kamal Virk especially pointing Kavi Raz told that he is one of the best directors of the film industry and her experience with him was so good that she never felt that she is being treated like a newcomer and that she learnt a lot from him while shooting the film. She enjoyed throughout the shooting of the film and it has become a memorable experience of her life to work with such talented and named personalities, also that too in her very first film.

Talking about her character in the film, she told that she can relate her real life with the role of girl she is playing in the movie, the character is so close to her and when listening to the script she was very surprised that how a character can be written so close to someone’s life, like her. This shows the understanding of Baaz and his experience in the field of writing. Kamal Virk further told that film includes an inspirational message for the young generation and at the same time film becomes comedy, sometimes serious, entertaining and it’s full of masala throughout. She is really confident that this subject based movie is purely a unique concept in the Punjabi cinema and audience is going to love every part of the film.

The film includes very legendary stars like Yograj Singh and Sunita Dhir. When Kamal Virk was asked that didn’t she felt nervous that she is going to work with very senior and experienced stars in her first debut? Her answer was really appreciable and she told that she was very nervous for this, although this is very obvious when you got to work with legends that own experience more than your age, but still when she went to the set, and met Yograj Singh ji, he was very gracious and encouraging .As she too was good in her acting , both the legends loved and appreciated her work, motivated her for further works that she is going to do.

Considering her further plans, Kamal Virk told that she want to do strong roles in her next films, in which a female leads the film and she wants to show that how a woman can change the world around her along with dealing with the problems, she wants to do roles that are inspiring and project a strong character. Also when she was asked about her thoughts about bold movies and bold roles, she told that a bold role is not just about wearing revealing outfits , it has more to do with challenging story line and a role that pushes you to make bold choices as an actor .

Coming to the rapid fire round, she answered excitedly for every question that came to her way, her favorite place to live is Chandigarh and for outing she prefers Mumbai. White is her favorite color. Her food choice is really simple, Chapatti with sugar and ghee on it. Her favorite Punjabi film is Lahoriye and hollywood film is Pretty Woman. Favourite actor, actress are Shah Rukh Khan and Anushka Sharma. she looks upto her mother when asked about who her role model was. In dressing, she loves to wear suits.

Last but not the least, the thing she wants to achieve in life that she wants to touch every heart that sees her work in a positive way.So, we wish her all the very best for her debut film “Kande”. And may it be successful in Punjabi cinema and we wish Kamal Virk best of luck for her further plans.