After the success of Jora 10 Numbaria, directed by, Amardeep Singh Gill. Deep Sidhu is all ready to rock this year with several projects that he is working on. One of them includes upcoming film ‘Rang Punjab’ under the direction of Rakesh Mehta, who is known for his previous Punjabi film ‘Vaapsi’. And Deep Sidhu will be seen in the leading role in the character of an IAS officer.

Rang Punjab is produced by Shilpa Shetty’s husband Raj Kundra, who is doing his very first film as a producer. Bathinde Wale Bai production house is the co-producer of this film.

Not only this but Raj Kundra is also producing one more film in Punjabi cinema industry which is named as ‘Nanak’ and is also directed by Rakesh Mehta. The leading role in Nanak are done by Jassie Gill along with Japji Khaira as leading actress. 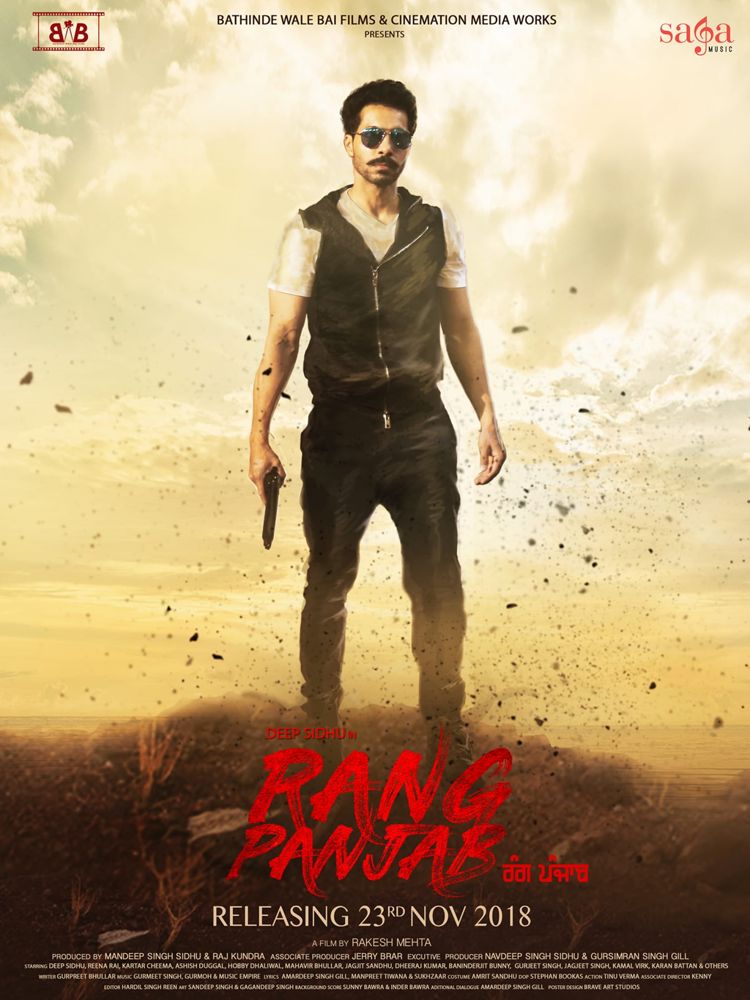 Rang Punjab film includes Gurjit Singh as well, who is often seen on PTC Punjabi as an anchor of various chat shows, reality shows, may it be the talk for an upcoming movie or it is release of a song. Gurjit Singh is always capable of attracting audience towards the style of his anchoring, way of representing the celebrity to audience and more. Many reality shows like ‘Chota Champ’, ‘Voice of Punjab’, chat shows like ‘Spot Light’, PTC Show Case, PTC SuperStar are handover to him which are running exclusively on PTC Punjabi which is one of the most famous Punjabi Channels that is promoting art and culture.

Gurjit Singh did his debut in the field of acting with the film Lovely te Lovely in which his role was loved by the audience, they accepted his acting skills which further leaded to his another movie in cinema. Another film that Gurjit Singh did was Gelon and here comes Rang Punjab punjabi movie in which he is playing a police man.

Deep Sidhu completed shoot of movie Sade Aale in the month of October. After which he officially announced Rang Punjab as his next project for this year. Adding to this he requested new artists to come for the audition of this film so that they can also prove themselves in the industry. New comers should always get a chance to perform on a big scale which can lead to success of the cinema as there is need for new artists to make it more interesting.

Jora 10 Numbaria, Sade Aale and Rang Punjab punjabi movie are the three films that are lead by Deep Sidhu this year which will surely rise his career along with it we will be able to see his various looks. For Rang Punjab, Deep Sidhu shaped his body and did a lot of hard work on his looks as he will be wearing a turban alongside on the sets as role of an IAS officer.

Story of Rang Punjab Movie is focused on gun culture in Punjab.

Let’s see what colours of Punjab this story would reveal to us. As of now there is no official update for the release date of this film but we will soon tell you as soon as it comes to concern.