Karamjit Anmol is a Punjabi actor and singer who can be seen in almost every film of Punjabi cinema of the time and this is the reason why he is called as a lucky charm of the industry. Most seen in the comic roles, this artist is capable of all the things that could be expected and done by an artist in his field. To be seen in every film and working with almost every actor, actress, and director of the film he has to gain a lot of experience in the life. So, it is time to know about Karamjit Anmol, and his journey till date, which could further tell us more about him when he is off camera. 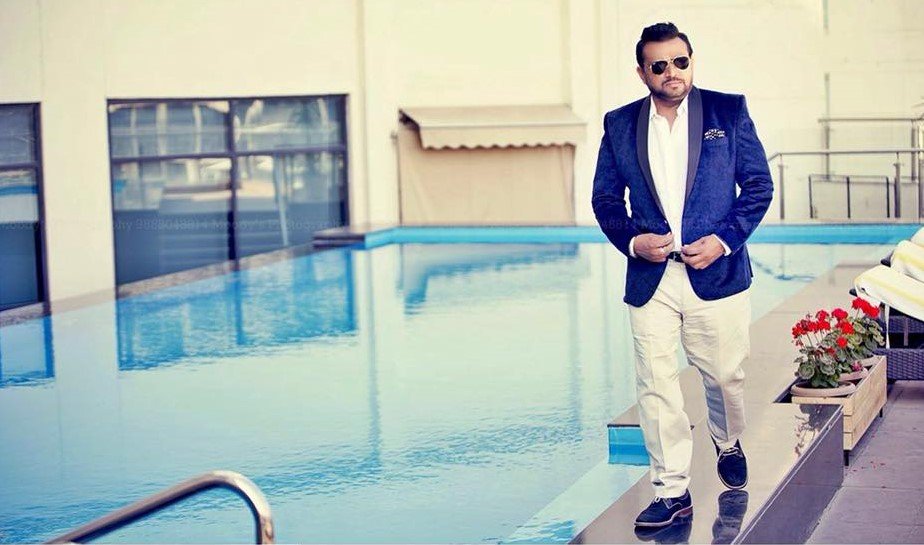 Karamjit Anmol has impressed every heart by his work in the movies but very fewer people know that he started his career as a singer and always wanted to be a singer rather than an actor. He did have interest in the acting field but never expected himself between people as an actor, somehow in his times he released a couple of albums but due to financial problems, he could not survive in the industry as a singer. From his childhood, he and his friends after playing matches in the playground of his village used to perform mimicry of who live in their village and make fun of everyone. But after entering in the graduation, he met very famous comedian of Punjab “Bhagwant Maan” and performed a number of plays with him during the college.

He got the chance in his first feature film “Chak Jawana” when he got a call from director Simarjit and this is how his journey as an actor in the industry started. Also, it was never a shot experience for Karamjit to get a chance to perform in a film but also to work with the maan of Punjab “Gurdas Maan”. In an interview, he tells that it was the best experience of his life to work with such a great legend and for the complete one month when he did the shooting with Gurdas Maan, he felt that Maan sahab are the most down to earth personality that he has ever seen in his whole career and life.

Also other than films, he did some laughter shows as well; his most popular shows include “Jugnu Mast Mast” with Bhagwant Maan. Also in 12th standard he released some of the tapes that included his songs and some videos along with that, that made him famous in the school and he was well appreciated and known for his artistic skills in the school, but due to incomplete knowledge of taking this success to a larger scale and level, he could never make it know outside his own world, his school.

When he started singing and wanted to make a career in this profession, he never sat with a music teacher that could help him to sing well but he had a natural voice that is loved by many, he also released sort of albums and tracks but due to lack of money the failed to reach the audience, but after that, he started doing well in films and along with that he has exposure to bring back his singing skills on the track, and he sang song “Yaara Ve” and that became very famous in whole Punjab also when he goes on his shows, he is demanded to sing that many times, personally he is in love with Kuldeep Manak and has listened to him for a long time. Many times in the shows when he gets the chance to sing any other song rather than his own songs, he mostly sings Kuldeep Manak songs. But still, after succeeding in music line as well he felt that there should be a Guru or teacher that could guide him for the betterment of his voice. Hence he admitted Sai Zahur, A great Sufi singer of Pakistan as his music teacher. And before that he tells that, he learned a lot from Sulakhan Singh Nirala, when he was in his college days, Nirala Ji came for their preparation of songs at college.

Once telling about his family support he told that his mother always supported and encouraged him for the field but his father still, after his so much success asks him to come back and work in business. But he thinks that God has not made him for the thing like the business and he is a born artist.

After all, Karamjit Anmol has worked with each and every director in the field, so coming to the small number of directors that he is impressed by including Anurag Basu, Sandeep and Pankaj Batra in the list. His favourite movie is Punjab 1984 and Char Sahibzaade, also he praised a lot about both the movies in his many interviews and feels that these kinds of subject-based movies should be made, so that they contribute not only to Punjabi cinema but to the society as well and we have need of these kinds on movies that inspire children as well. His favorite actors include all the singers that have become actors along with that, the list includes Gippy Garewal (especially for Jatt James Bond), Diljit (for Punjab 1984), Amrinder Gill (for Goreya Nu Daffa Karo). In actors, he is very impressed by Binnu Dhillon and in an interview, he tells that Binnu is his one of the closest friend and he tells discusses everything with him.

A thing that works behind every movie is script of the film, hence we have a short list of scriptwriters that are loved by this lucky charm Karamjit Anmol, it includes Naresh Kathuria and Amberdeep, as they both write scripts that are most simple and easy to understand, also they are that perfect that most of the artists don’t feel to even add or decrease anything from the script.

Rather than Punjabi Cinema,  Karamjit Anmol was also seen in the Bollywood films like Lather Life and played a serious role in the movie also with Gippy Grewal, during Gippy’s debut Bollywood movie, Second Hand Husband.

So, here we have a long list of movies that Karamjit Anmol did till now:

Nowadays Karamjit Anmol is singing in films too and did many songs in the film industry.

So, we wish him all the very best for his upcoming films and hope he will keep entertaining us like this only.