RAJVIR JAWANDA: MADE FOR THE FOLKS

Rajvir Jawanda is one of the artists who own voice of a lion and represents the real folk culture of Punjab in the singing field. Rajvir own personality of a born artist and very down to earth person. And he got noticed by the audience of Punjab when a video of his song “Mundeya de charche aapan aksar sunde han” became very popular and viral on YouTube, as he sang it during his college days and was written by himself around 10 years ago. After a long gap of many years, Rajvir Jawanda released his official song named “Mukabala” that was written by Sardar Khundha Singh Dhaliwal. When in an interview Rajvir Jawanda was asked about the reason that why he did not sing the same song that made him popular on YouTube and as most of the artists like to sing their own written songs rather than having a song from another lyricist. Even after writing such good songs why did he choose to sing a song from another pen? 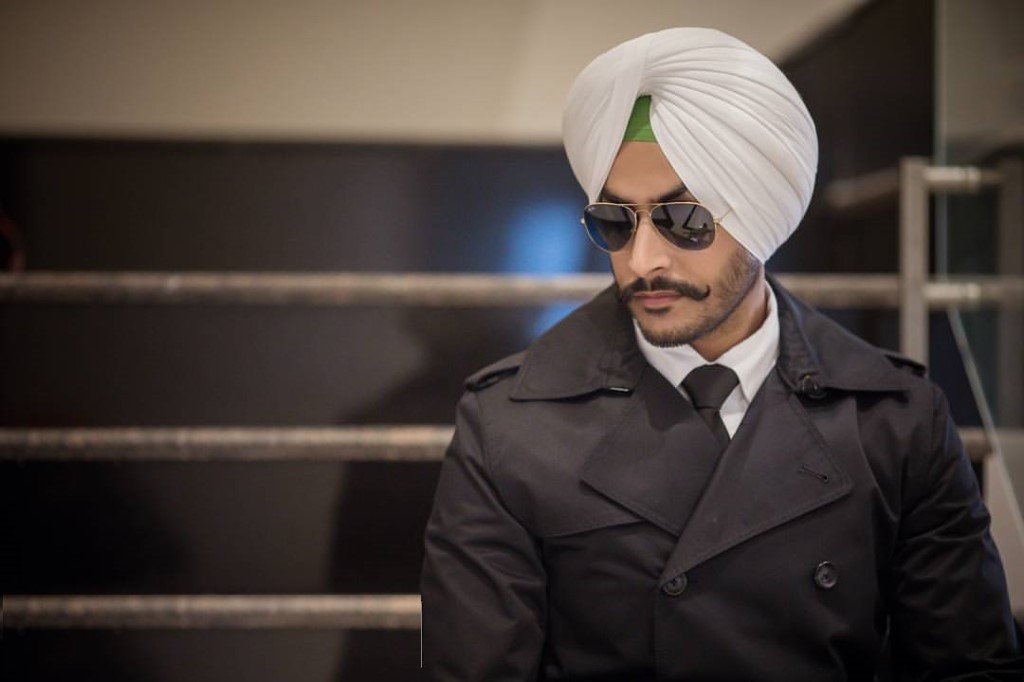 Regarding this, Rajvir Jawanda had a very humble and honest answer to this question, he told that the person who has written his very first official song, “Khundha Singh Dhaliwal”, keeps a good knowledge in the field of writing and he himself is learning from Khunda Singh about writing skills. Although, himself as a writer and very obvious that a good writer he has such good thoughts for the people who are better than him in the field and has accepted to learn from them is really a humble and true thought rather than keeping yourself ahead in every aspect of your career.

After his viral video song on YouTube, Rajvir Jawanda did not choose to release a track as soon as it’s possible but he waited for the right time to shine as he wanted to learn music more and then perform as a true artist. Rajvir did Masters in theatre from Punjabi University, Patiala and performed at various stages, mostly he sung in the Punjabi Folk Dance Bhangra and sung traditional folk color of Punjab which is also counted as the most difficult part of the singing category. He was that famous in the university that before the performance in Bhangra, when he sang initiative lyrics of the folk song before the opening of curtains on the stage, people used to cheer his name as “Jawanda Jawanda”, as his voice was already recognized by them.

Also during his Masters when Rajvir Jawanda performed in Kala Bhawan of University, then Dr. Jaspal Singh, Vice-Chancellor of University praised him telling that they are proud to have such talent and they feel very privileged to contribute such a diamond to Punjabi Music Industry. That day became a memorable moment for Rajvir.

Rajvir Jawanda had interest in the field of music from his childhood. And mainly he loved Punjabi Folk songs sung by the legends like Kuldeep Manak and many other folk singers, he used to go in events where Kavishars used to come to represent “Dhadi Kalan” and he used to copy them. Learning day by day, his very first performance took place in a Nagar Kirtan when he sang Vaar of Sahibzada Ajit Singh. After all starting from such a great Gurbani Rajvir Jawanda decided to always sing songs that have purity and a social message, also in an interview, Rajvir gave a strong statement that no artist can ever be thought of, he said that “If anyone feels that I am going on wrong track and singing a song that is bad for society then please boycott me and any song like this, he further asked for the support in the songs that are connected to society and are best needed for young generation. Just he conveyed the message that you should listen to good songs that have a meaning and force the singers to sing inspirational and true songs.”

There is a craze among the youth for the songs of Rajvir Jawanda. Whenever he releases a new song people love to listen. He has a huge fan following.

His very latest song is Daler, written by Gill Raunta and is released this very week on YouTube. And the link goes here

Within a week this song has crossed 2.6 Million views on YouTube which is good news after all.

We wish all the very best to him for his further projects and may this artist is blessed with more fame and success in his life.