Surkhi Bindi is the name of upcoming Punjabi movie 2019 which will be directed by Vijay Kumar Arora, who is also the director of well-known movies like Action Jackson, MohallaAssi, FALTU, Flying Jatt, Love Story 2050, Harjeeta, RondeSareViyahPicho, Nawabzaade& many more. Now he will be coming up with Surkhi Bindi in 2019.

Surkhi Bindi is produced by Nav Virk and Bhagwant Virk. Nav Virk recently produced a hit film of Neeru Bajwa, Laung Laachi and now he will be producing SurkhiBindi as well.

Bhagwant Virk has also produced some movie before and some of them include Harjeeta and Laung Laachi. 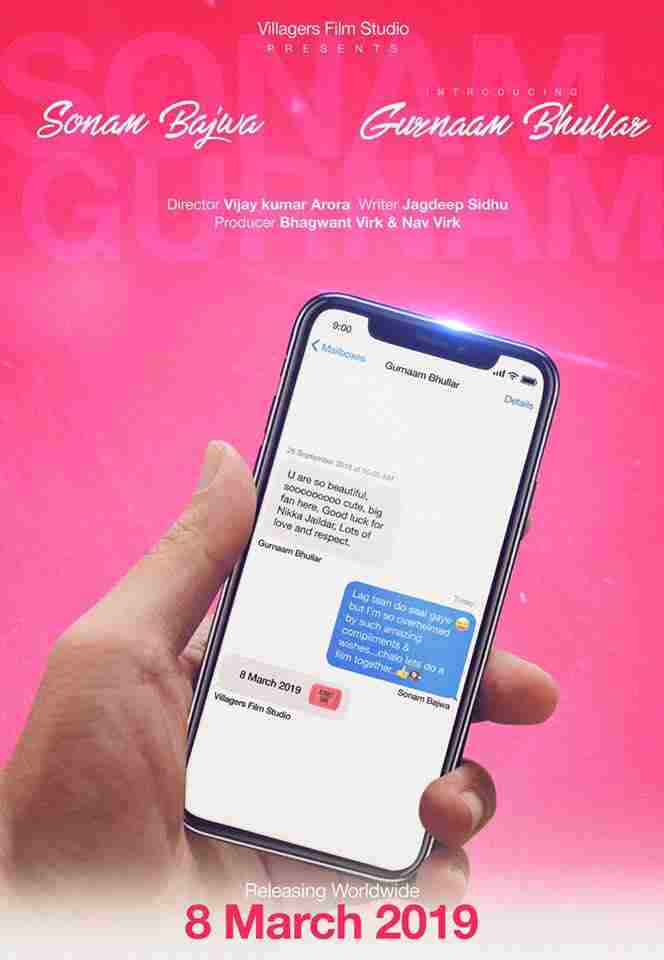 In SurkhiBindi we will be having Gurnam Bhullar and Sonam Bajwa as leading stars of the film.

GurnamBhullar is a well-appreciated and famous Punjabi singer who is loved by the audience and he has given many hit songs to Punjabi music industry.

Recently his song Diamond is in trend and in Ammy Virk’s movie Fakeera was the song sung by him and that too is loved by the audience. GurnamBhullar will be doing debut in acting field with the release of SurkhiBindi.

Sonam Bajwa needs almost no introduction in Punjabi film Industry, she has done many famous films like Sardaarji, Sardaarji 2, Super Singh, Best of Luck, Carry on Jatta 2, Nikka Zaildar, Punjab 1984, Manje Bistre, Nikka Zaildar 2 and AatadukundRaa (Tamil). She has been a well-known actress in Tamil cinema as well.

Poster of Surkhi Bindi has not be released yet.

Surkhi Bindi will be hitting cinemas on 8th march 2019.

Surkhi Bindi trailer has not been released.