As we know that Punjabi cinema is growing day by day and now Roshan Prince and Nisha Bano are ready to take this growth forward with their upcoming Punjabi film named as “Ranjha Refugee”.

The concept of the film seems very different and serious as well. While these days Punjabi Cinema is seen to be focusing on only comedy or love tales that too include comedy in them. Ranjha Refugee seems to be a whole different and good concept. 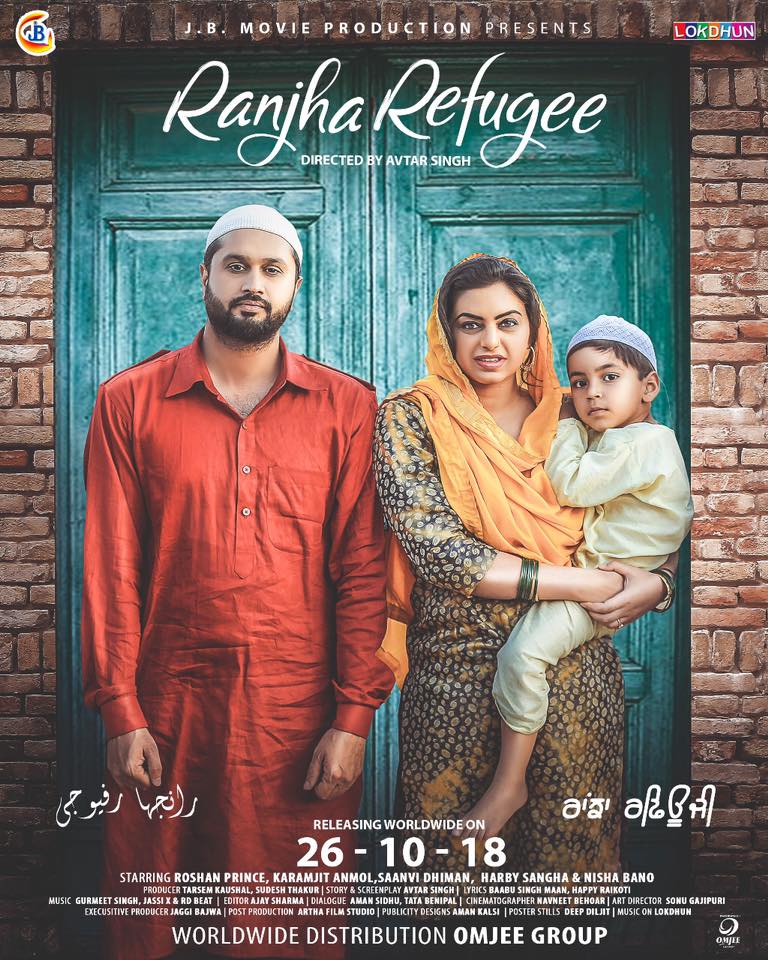 This is because of the poster of this film that shows Roshan and Nisha in a totally different Avtar like never before. Roshan Prince has dressed of a Muslim community man and Nisha Bano is standing with him holding a child in her hands that is too a Muslim, wearing a cap.

Ranjha Refugee movie is all set to release on 26th October 2018.

Music of Ranjha Refugee is done by very talented, Gurmeet Singh, Jassi X and RD Beat. Ranjha Refugee will be releasing in the banner of JB Movie Production and is produced by TarsemKaushal and Sudesh Thakur.

Ranjha Refugee songs lyrics are written by Babbu Singh Maan and well know Happy Rai Koti. Dialogues are penned by Aman Sidhu, Tata Banipal. Music of will be on Lokdhun

We wish all the very best to the whole team of Ranjha Refugee.