Amrit Maan is well known Punjabi singer, lyricist and actor of Punjabi industry who has come out to be a youth icon along with which he has made the trend of beard in the whole Punjab. Not only this, he has done work with so many singers in the industry but still being so good and pure at heart. 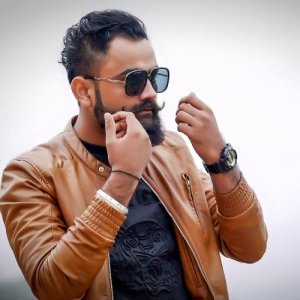 Starting his career as a lyricist in the industry was the very first step that started the collection of his fans. His very first song was sung by the Punjabi sensation Diljit Dosanjh which has never been a small part of his life and the song was “Jatt Fire Karde”. The song was super hit and made people dance on its beats.

Although it was not that easy for Amrit Maan to enter in the industry as his parents are both teachers and wanted him to become an engineer rather than coming to this profession. But he luckily had some of the links with Harvinder Sidhu who is the owner of Punjab Records through which he was called and asked for a song to be done for Diljit Dosanjh. For the very first time when he heard Diljit’s voice on the phone for the selection of a song, for him it was just like a dream come true.

After the song Jatt fire Karde become a hit his family also started supporting him. Moreover talking about his studies, Amrit Maan has completed his graduation from Swami Vivekanand Institute of Engineering and Technology, Banur near Chandigarh in Bachelor of Technology. Also during his college time he got many chances to perform over the stage that build his confidence to perform over the stages, more often he used to be a part of the team of Malvayi Gidha that is a folk singing of Punjab. He also had skills to do anchoring and other things.

After his song given to Diljit become so hit, his family also started supporting him and he started getting demands of more songs after this, hence he wrote many songs for some very well known artists of Punjab like Gippy Garewal, Jazzy B, Ranjit Bawa, Ammy Virk, Nacchattar Gill and many more.

It is also known that during the times of 2013 and 2014 when his B. Tech degree was completed he faced a lot of struggle and used to live in a society flats which included the flats of some well-known artists as well, Amrit Maan used to think that just like people are waited under their flats to meet them, will someday they would be waiting for me too.

These desires were accepted by God and Amrit Maan is in front of all of us, although he wanted to enter the industry as a singer, but he was also a lyricist which gave him entry in the industry, songs like Bhudhwar in the movie Farar, Yaar Jundi De and Haan Kar Gayi sung by Ammy Virk, Gulabi Pagg by Satinder Satti, he used to sing himself and send them to the companies who appreciated his singing skills and advised him to come as a singer as well. That would give him more fame and money.

But Amrit Maan wanted to be approved by the people he used to be in touch with and take their advice before doing anything else, when they told him that this is the right time to shine high then he made a decision to come in the industry with a song that would be written and sung by him, moreover he is been a composer of his own songs as well, most of the songs that are sung by others singer are also composed by Amrit Maan only.

Soon Amrit Maan came up with the song “Desi Da Drum” in his voice which made everyone dances on its beats and Amrit Maan got a warm welcome from his audience as well. The video song was directed by Ravinder Kharia who is also the director of many popular songs such as Ammy Virk’s Taara, Patiala Pegg by Diljit, Kite Kalli by Amrinder Butter and many more. The video shoot was done in Kernal in a 5-star hotel which was specially converted into a royal Haveli and matched the concept of the song really well. Along with this his study in M. Tech is also going on.

Moreover, he came with back to back songs, like Mouch te Mashook and he has worked with artists like Jazzy B, Kaur B, Jasmine Sandles and others. In 2017 Amrit Maan also made his debut in the film industry because of his personality, popularity and looks as well with the movie Channa Mereya along with famous singer Ninja, both of them had this one as their first movie which was based on a Marathi Movie Sairat and was the remake of it. 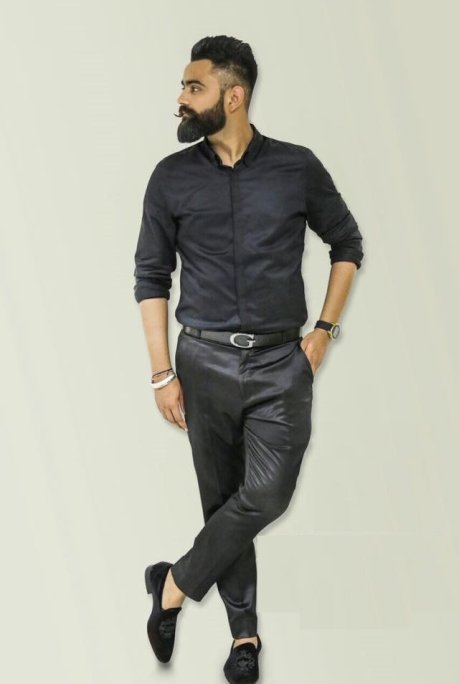 The movie was directed by the most popular director of Punjabi films, Pankaj Batra, the role of Amrit Maan was of the Villain of the movie which suited his looks perfect although his acting in the film was so good that everyone accepted him as an actor as well in the industry.

His latest song running these days is Guerrilla War which is written and composed by him and is released under the banner of Speed Records; the song has crossed over 16 million views on YouTube just in one month.

Dream of Amrit Maan is that one of his written songs should be sung by Rahat Fateh Ali Khan in a Punjabi movie, he really hopes that one day he will defiantly write something that would be suitable to complete his dream.

All Famous Songs of Amrit Maan