After his latest pack of entertainment, Nadhoo Khan of Harish Verma, which had a brunch of expectations for the audience, got a mixed response and now Harish Verma will be seen in upcoming Punjabi film, Laiye Je Yaariyan.

This will be starring Harish Verma, Roopi Gill, Rubina Bawa and Amrinder Gill as some of the main leads.

One song of this film named as “Darshan Mehnge” is already released on YouTube which is sung by Amrinder Gill and Sajjan Adeeb. Lyrics by Harmanjeet and music of the song is done by “Intense”. 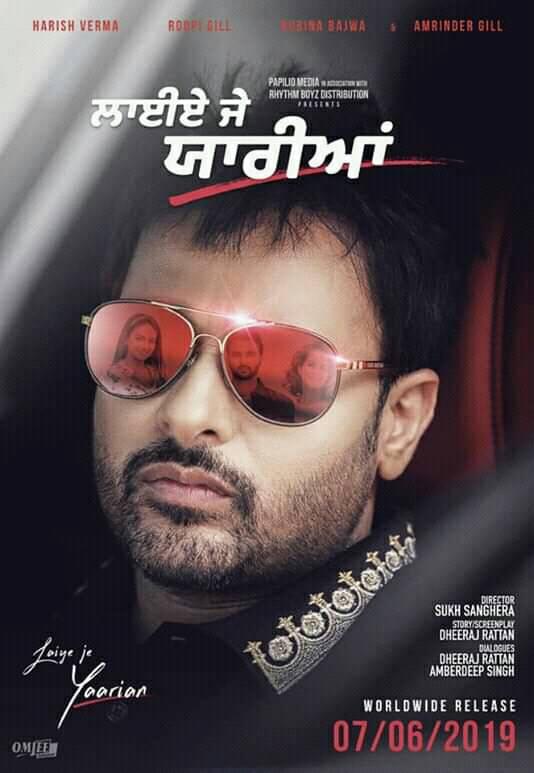 This will be worldwide releasing on 7th June 2019 And worldwide distribution is handled by Omjee Group.

The plot of the film seems to be a love story as the sources and poster shows.