Punjabi cinema is growing day by day, by bringing up very serious and sensitive issues of the Indian society, which is defiantly going to lead youngsters of this nation on the right and true part. This is what that is done by Ajit Ramsingh Rajpal in the upcoming movie based on female rights and injustice that is happening all over the nation.

Real and serious cinema has been aging taking shape in pollywood and now Punjabi cinema will not lag behind on the cause of women empowerment. 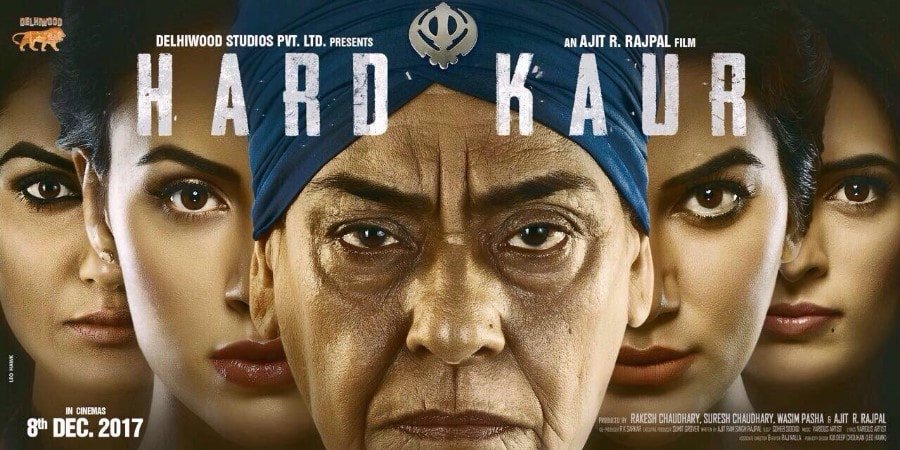 Ajit R.Rajpal has really done a wonderful job not only with the concept but also in the part of filming, he has written a unique story of female characters those stood up for females and their rights in according to law.

Introducing all the female characters in the film without a main male lead is itself a very different and interesting storyline is made.There are six main characters in the film named as Amarjit Kaur, Sirat Kaur, Satwant Kaur, Jasvir Kaur, Laila Kaur and Gurleen Kaur along with Randeep Singh Rana as the villain.

The storyline of the film goes like that Randeep Singh who is none less than a gangster starts following Sirat Kaur and teases her every day while she travels by bus from her home to the college. Her friends Laila Kaur and Guleen Kaur fail to help her while a lady named as Satwant Kaur ( a character is played by Nirmal Rishi) stands up for the injustice with Sirat and challenges Randeep to even touch her.

From here the mystery starts, the trailer shows that Satwant Kaur is been murdered and prime suspect is Sirat Kaur for this murder, while an advocate Amarjit Kaur stood with Sirat to fight against Randeep Singh, in between a man offers a solution to this problem to Sirat’s mother Jasvir Kaur that if Sirat agrees to marry Randeep Singh then the case can be taken back by Randeep but Jasvir Kaur rejects the same.

Now this will be very interesting to see that how the murder was done by Randeep will be proved by Amarjit Kaur. Will Sirat ever be able to get out of this?

The movie reflects a very bad image of our society towards the girls but also gives a message that how girl power can itself reduce all these things. The story is very well written and directed as well.

Hard Kaur Movie will feature Model and actress Neet Kaur. She is one of most charming faces of Punjabi cinema. Nowadays she is busy in the shoot of Dulla Vaily Punjabi Movie.

Actress Neet Kaur said in an exclusive telephonic interview with punjabdreamz that Hard Kaur as its name suggests is the story of Strong women, it’s a story of every girl out there and every girl will feel that Hard Kaur movie is her’s story. The movie will highlight various problems faced by women in the society. The story of Hard Kaur film is unique and everyone should watch this film.

Neet Kaur will play the Role of an NRI girl named as Laila Kaur who come from abroad. She is one of the five Kaur’s of Hard Kaur Movie.

The music of the Hard Kaur Punjabi Movie also seems to be very interesting as the singer who are there to sing are very well known faces of the industry and their names are Nachatar Gill, Noora Sisters, Prabh Gill and Aman Tirkha. While the music is done by Anky, Shiva Ramgaria, Bubbles Music, Ambika & Parteek.

Producers of the film are Rakesh Chaudhary, Suresh Chaudhary, Wasim Pasha and Ajit R. Rajpal. Directed by Ajit R. Rajpal and edited by Raj Nalla. The lyrics for the songs are provided by Anil Jeengar, Rajveer Singh Prajapati, A.M. Turaj and Kunwar Waraich.

Hard Kaur Punjabi Movie will release on 15 December 2017.The Movie will be released under the banner of Delhiwood Studios Pvt. Ltd.