I AM AN ACTOR, MAY IT BE IN FRONT OF ANYONE I HAVE GUTS TO PERFORM: NEET KAUR

Neet Kaur is an ongoing and upcoming Punjabi queen who has worked as a model in Punjabi songs with many famous and well-known personalities of the music industry. Keeping modelling at a side now she is coming with two major Pollywood concept based movie in the field of cinema with leading roles.

Before coming directly to her upcoming movies, let us introduce to the beautiful lady who not only has skills but a lot more to tell about herself and her journey from the start which is defiantly worth reading and listening as well,

Neet Kaur recently interacted with punjabdreamz.com where she told us about her journey and many interesting facts related to her personal and professional life. And here her interview goes:

Neet, Welcome to punjabdreamz.com, we are glad to see you here and first of all, we would like to know about your family background along with this about your studies.

Thanks a lot for having me here. I am myself very glad to be here. So, starting with my city, most of the people think that I’m from Delhi, just because I have been in the capital for some time as per my studies. But the fact is that I originally from a small town near Nabha. Now we are based in Chandigarh.

Whereas my family is concerned, we are two sisters, and I’m the elder one. My father is a teacher, the mother is a homemaker and the younger sister is in studies. I’ve completed my graduation as a Bachelor of Arts, later I went to Delhi for my post graduation under International business studies. Also, for a short span of time, I have worked in the marketing department of Panasonic Company, whose salary I spent on my beginning of my modelling career. That’s really wonderful to know that you did MBA in such a field but how come you came to modelling and acting line?

I had the craze for television from my childhood, the most inspiring tale I have watched is a television series named as Rangoli which was used to telecast on Doordarshan. I used to go behind the TV and asked my parents that am I visible on the TV screen or not? And whenever the answer came “no”, I used to question again that how can one go really behind the screens.

My father supported me always but asked me to first complete my studies and then to do anything, moreover I also don’t use to hate studies; I wanted to do the study as well. After completing my graduation I went to Delhi for post-graduation, along with the job I joined a gym for getting into shape and work as a model. This is how all this started.

That’s a great thing, Neet kaur, now what was next thing you did to be a model? And how was the reaction of your parents for the same?

Actually, after the gym, I managed to lose some weight within 6 months and prepared my portfolio for the same modelling career. Luckily when a friend of mine submitted my portfolio to a company, I was called for the auditions within 15 days, in which I was selected along with which I had my first fashion show in Ahmedabad, Gujrat in March 2015. Which was a 3-day show and I was given a sum of rupees 20000 for it. That was one of the happiest movements of my life. My mother has been always very supportive that is why I just told her all this rather than my father as I was very scared that if he called me back to the house.

Along with the modelling I did many jewellery campaigns and slowly when I got in touch with many personalities, people start recognizing me as a model, along with which I started getting offers for modelling in the Punjabi Video songs but in my entire life before this, I never thought of be a part of video songs but the opportunities that you get, most people are waiting for the same, so just as a beginner, I grabbed the opportunities.

I am really thankful to Mr. Ajit my mentor, guru, who motivated me to start modelling career.

This was my very first experience to work according to the situation in a song, although my first song was with Geeta Zaildar named as “Plot” followed by Lakhwinder Wadali’s Kamli Yaar Di, GT Road with well-known lyricist and artist Veet Baljeet. now the future projects of my songs are one with Rupinder Handa and another with Mika Singh.

Although, my dream project was to be a part of Bollywood Movies and I wanted to get my first break in a movie with the Bollywood industry but somehow I was offered with a movie named as Hard Kaur, whose storyline impressed me a lot than comedy movies going on every aspect in Punjab. I am not saying that they are bad but some good content based movies shall get appreciation also.

Hard Kaur is a very fine movie whose story is based on the life of 5 Sikh women and my character named as Laila Kaur which is one of the 5 girls. This is what I wanted to do in my film.

One ongoing project is also there on which I am working, the movie is named as Dulla Vaily with many talented personalities of Pollywood like Yograj Singh, Gaggu Gill, Sarabjit Cheema, Muhammad Sadeeq and Avtar Gill. I feel really lucky to be a part of the film and also in the lead role also, my screening is shared with Sarabjeet Cheema Ji, I still remember during my school days we used to dance on his very famous song Rang Raara Reeri Raara, for me it’s a dream come true to share a platform with him.

I thank everyone who believed in me and chose me for this movie especially Khushboo Mam, Mankirat Buttar Ji and Devi sir who supported me for the role. 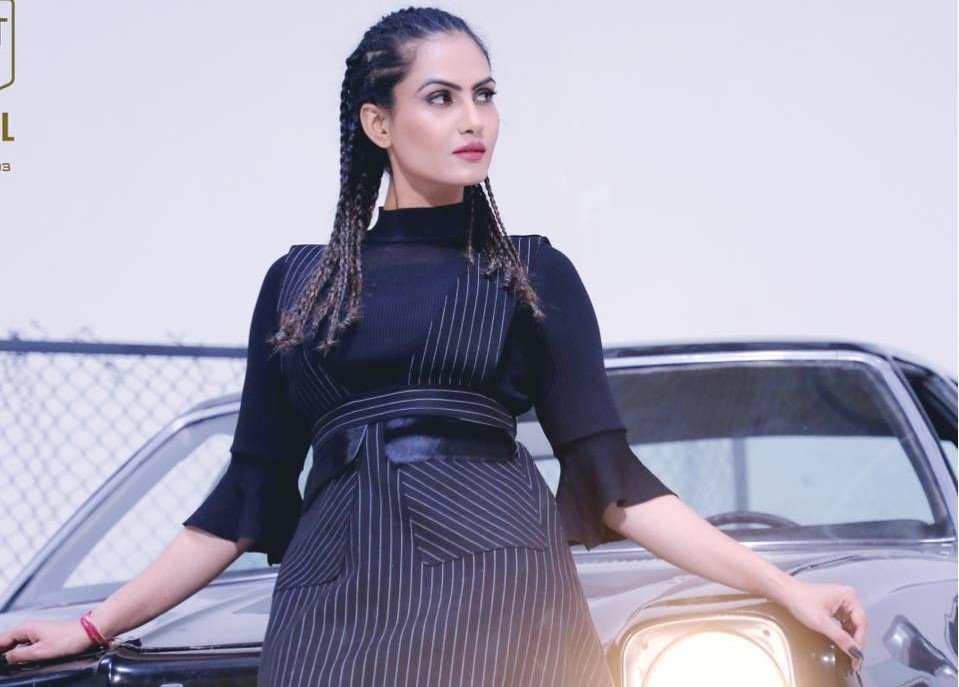 Wow, that is a great start as per the movie’s concern but one thing we would like to know that didn’t you felt nervous while working with such great personalities.

As an actor, it is just about you and your profession, so it does not matter with whom you work, at the time of work or in front of anyone you should have guts to perform. I respect the whole team, each and every person I meet. This is the only way one can remain the part of this profession. Give respect and take the same with you. If you find any bug in the industry, obviously you will as so one matches with your choices always hence whenever I meet a person like that I started maintaining the distance and space between both of us may he be from the sets, from industry or anyone.

That’s a nice answer, now after your profession, we would like to know about your friends and company you live with.

Well, It’s been just a year since I am living in Chandigarh but I don’t have a single friend here, most of the circle in my friend list is from Delhi. They are the people with whom I have spent my college and no one can forget his/her college mates no matter where you reach in life.

In the industry also there is no one with whom I have a too deep friendship or bonding, most of the time it’s professional. This does not mean that if I don’t have friends in Chandigarh then I am very conservative or I don’t want to make friends there, nothing like that but the thing is that I don’t get much time to look for a friend and plan a hangout.

I have been very less out of India, but personally I have visited Europe which is one of my favorite places, moreover, I would love to go to Paris as well. In India, I have been in the capital so, I love to be there always along with which I want to go to Karela in India as it’s also a very beautiful place to visit.

I love food and too much foodie at all the times but due to be a part of the industry I have really compromise with my food. I love pure Punjabi food and I love sweets especially, Kheer.

I am not too much choosy for my clothes, as a Punjabi, I do like Punjabi Suits and I wear them as well but I like western as well, although now also I am wearing western. I guess no one should judge a girl from her clothes as I have seen many people judging a girl just from her wearing style which is a very narrow thinking.

If you are offered a bold movie of Bollywood, will you sign it?

See, I am an actor so as an actor I can’t keep myself conserved or limited to do if as an actor you say that you will do this but not that I don’t think that you are an artist if you are going away from a particular type of roles. And the people who speak upon these things, I challenge them to come and do the work as we did in the film. They don’t realize that how difficult is this for one to do an act in front of 50 persons and the camera, which is not only your work but a teamwork. If I will be offered a role in a Bollywood film I will first see towards the script of the film then towards my character if I find it fair, strong, and in my comfort zone, I will defiantly do it, no matter bold or not.

That was a nice answer Neet, and the last question, where do you see yourself in next 5 years?

I have not specified anything but if I want to, then I would see myself in a Bollywood Movie opposite King Khan, Shah Rukh Khan, who is loved by many, I am also from one of those people, I am very inspired from his life journey. His parents did not want him to be an actor although he has no family support as well but today he is known as the King of Bollywood. So this is my big dream.

At last, what would you like to say about punjabdreamz.com?

I am very privileged to see that how good effort your team is doing for us and all the artists who work well. Keep the good work up, along with this I will be waiting for your response after the release of my movies. Cheers punjabdreamz.com.