Experiments are never bad, and this is one of the finest experiments in Punjabi Cinema. In the struggling phase, when out of 100 Punjabi films we find only 8-10 movies to be successful on cinema.

We have to keep going with a bunch of ideas and a heart ready to take new risks and create adventures for taking risks in the field. One such thing has now been proven by the makers of upcoming Punjabi movie Kala Shah Kala, which was directed by a very well-known and appreciated director of Punjabi cinema, Amarjit Singh. 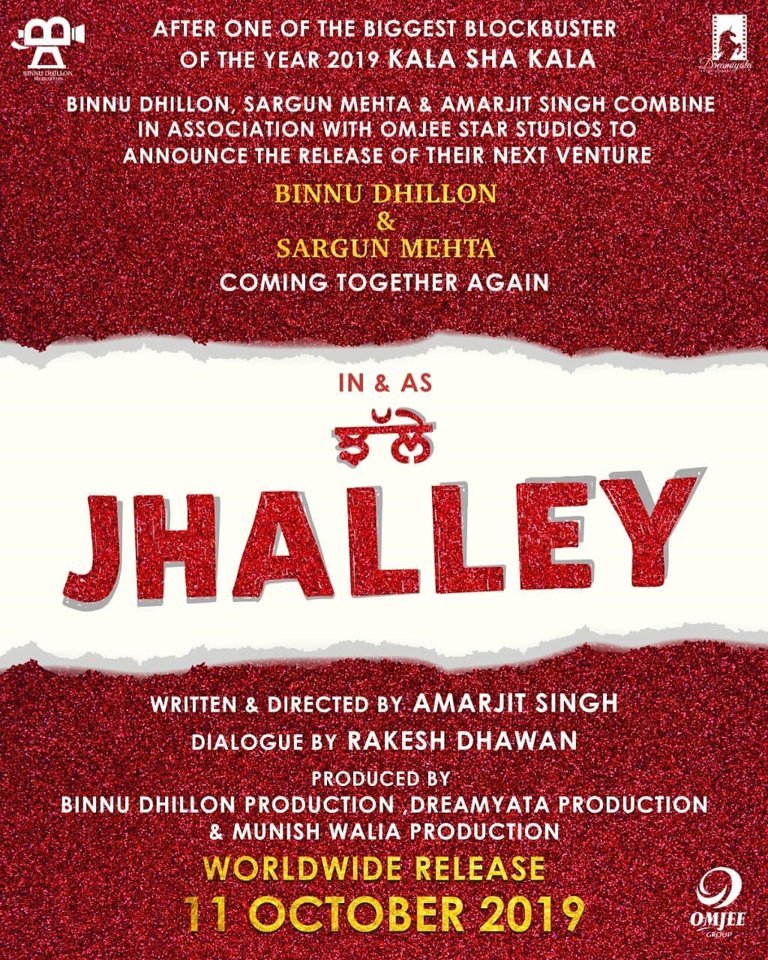 A plan has been made after the biggest blockbuster of Punjabi cinema, Kala Shah Kala, Sargun Mehta and Binnu Dhillon have come together again for surprising us with other film named as Jhalle.

This film is been made under the banner of Dreamyata Production and Binnu Dhillon Production and Munish Walia Production. Jhalley is panned by the director himself and dialogues are written by Rakesh Dhawan.

This decision and comeback seem very positive as both the stars have given good films to cinema previously as well. Surely this will be one more fine work of their talent.

Jhalley is all set to release on 11th October 2019.  Worldwide distribution will be done by Omjee Group.