There is no doubt in the fact that Punjabi industry has started looking into concepts and relations of people deeply, in result of which we are having some really good films these days.

The cinema has started accepting challenges and taking a risk of doing something meaning full with Punjabi films. This has become possible with demand of audience and also with some of the internal source in established artists in Punjabi films industry.

If we look towards Gurpreet Ghughi, he is one of the finest artists of Punjab and is able to do experiments with cinema and new concepts on big screens, while this becomes very difficult for a fresher to come and bring a change on larger scale.

Gurpreet Ghughi has said in an interview that obviously he has done hundred of films and TV programs but he strongly feels that his character in film like Ardaas was one of the best of his works and he feels that he is connected with this character from his soul and not just for commercialization. Gippy Grewal has a big role in this project and now we have seen another version named Ardaas Karaan which is another blockbuster with great subject.

Now after this thing, we as view from the audience expect much more from Gippy Grewal on Silver screens and the new announced projects seems something very interesting.

The very commonly used sentence in our Punjabi language has been chosen for the title of this film. That says “Ik Sandhu Hunda Si”. Now after listening to this, this does not sound like name of a film but this is also a uniqueness in this name.

The film will be made under the banner of Golden Bridge Films & Entertainment Pvt. Ltd. Starring Gippy Grewal in and as “Sandhu” which is basically a caste in Punjab and mostly friends call each other with the last name only.

The very first poster of this film has been released which also has written “Dharti Hethle Bhaladh Nu Nath Paun Wala” before the title of this film. Which means that a person who was cable of doing the impossible with his spark. The title if seen observantly sounds like Bollywood film “Ek Tha Tiger” of Salman Khan. Although it is very difficult to digest that the makers will go for a kind of story as well, hopefully they don’t, as it will seem a pure copy of Bollywood hit. 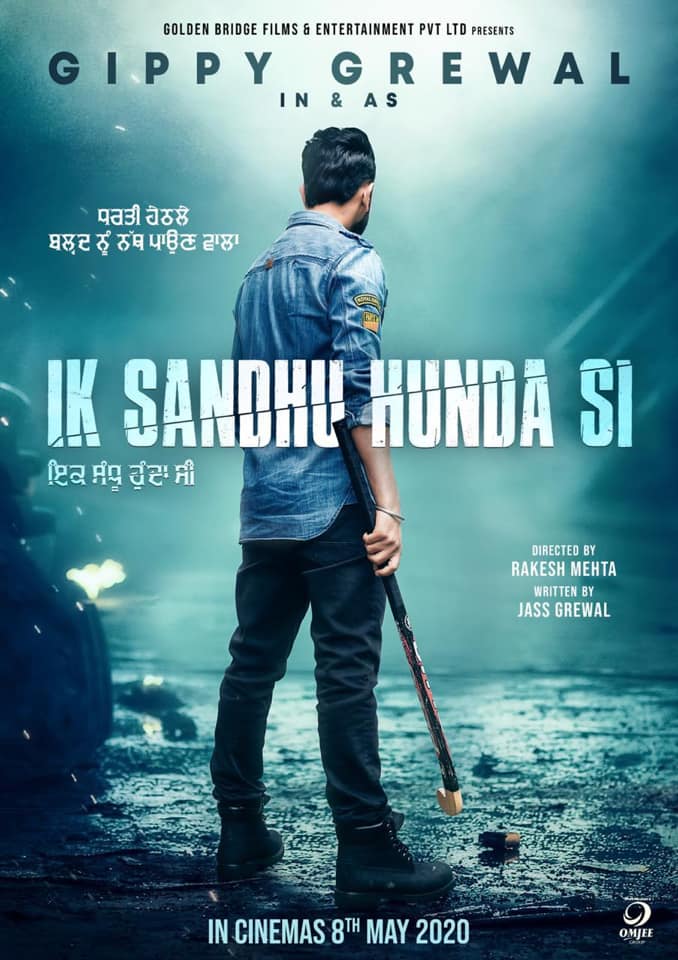 The poster of this film says a lot and most probably we will see Gippy in a new look and fully packed with action as well, he is holding a hockey stick in his hand, his back towards us, which looks like a man standing to beat many persons at a time.

Ik Sandhu hunda Si is being directed by Rakesh Mehta, who is well known for his films like Nanak, Rang Punjab, Yaara Ve and Vaapsi. In year 2020, he will be going to direct a Bollywood film as well, with Sunjay Dutt.

The story of Ik Sandhu Hunda Si is penned by Jass Grewal.  And film will be releasing on 8th May 2020. Not only this, Neha Sharma, a model is going to make her debut in Punjabi film industry with this film. Babbal Rai and Roshan Prince will also have important role in the film.

The film is produced by Balli Singh Kakkar and will be distributed worldwide by Omjee Group.