Laatu is the name of the upcoming Punjabi movie of the year 2018 which includes Aditi Sharma and Gagan Kokri as the lead stars of the movie. Director of this film is Manav Shah and will be releasing under the banner of Farid Entertainment in association with New Era Movies. Music of the film will be done by Saga and Unisys.

GaganKokri is well-known singer in Punjabi music industry and unlike many Punjabi singers, he is also from them who have acting skills as well. He is well known for his songs like Blessings of Bapu, Asla, JimidaarJattian, Jachdi, The return of Asla and many more. And Laatu is GaganKokari’s very first movie and is his acting debut in the film industry.

Aditi Sharma is also a well-recognised actress who has worked in Bollywood movies like Ladies vsRisckyBahl, Mausam. Whereas her Punjabi movie career is also on along with movies like Angrej, SubedarJoginder Singh and others. She has also acted in TV shows like SilsilaBadalteRishtonKa which was used to telecast on Colors TV.

Aditi Sharma has also done a Telugu movie named as Babloo. She will be part of Laatu as a lead actress and along with it Nankana Punjabi Movie in which Gurdas Maan is playing a lead role. 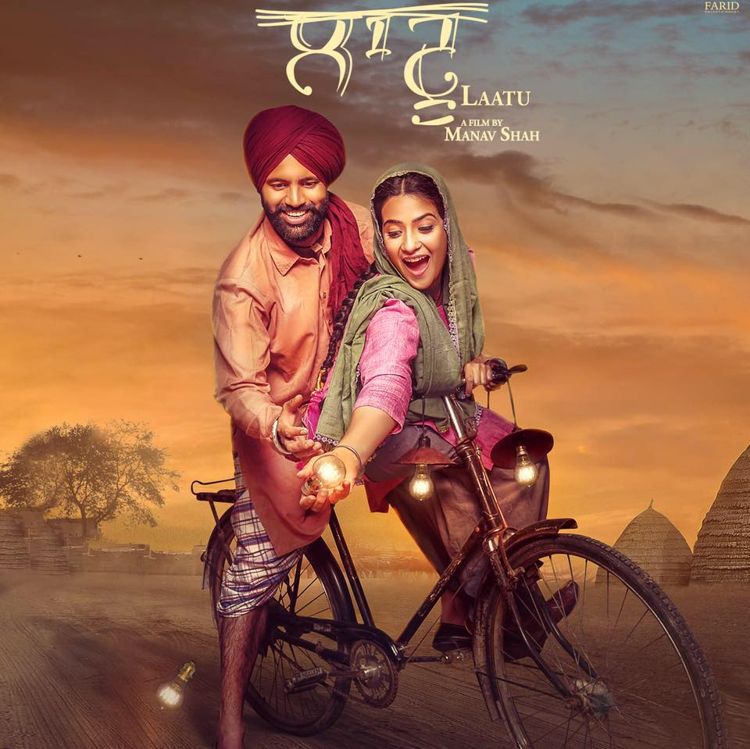 Poster of the film has been released and is looking great in the first look poster of Laatu movie it is seen that GaganKokri and Aditi Sharma are sitting on a standard bicycle along with holding some lighted bulbes around them. The scene of this poster seems to be from a village as the both are wearing traditional dresses which are very usual in villages of Punjab.

Trailer of Laatu Movie is here

No song of the film has been released yet.