Laung Laachi Movie is the name of upcoming Punjabi movie of 2018 which is produced by well known Punjabi singer and actor, Ammy Virk. As a producer, this is very first film that is produced by Ammy Virk. Along with him production house of queen of Punjab Neeru Bajwa is also producing this movie along with Ammy Virk. Movies like Channo Kamli Yaar Di staring Neeru Bajwa and comedy king Binnu Dhillon and Sargi, which is released last year in 2017 are the two which were produced by Neeru Bajwa. But unfortunately both the films were not able to catch attention of much people.

This will be very interesting to see that how Laung Laachi will be different from the previous productions of this actress. Neeru Bajwa movies are always remembered for a long time by her fans because her acting skills are different than any other actress of Pollywood cinema. This is still a mystery whether Ammy Virk is just a producer of the film or will be seen in the movie as well. 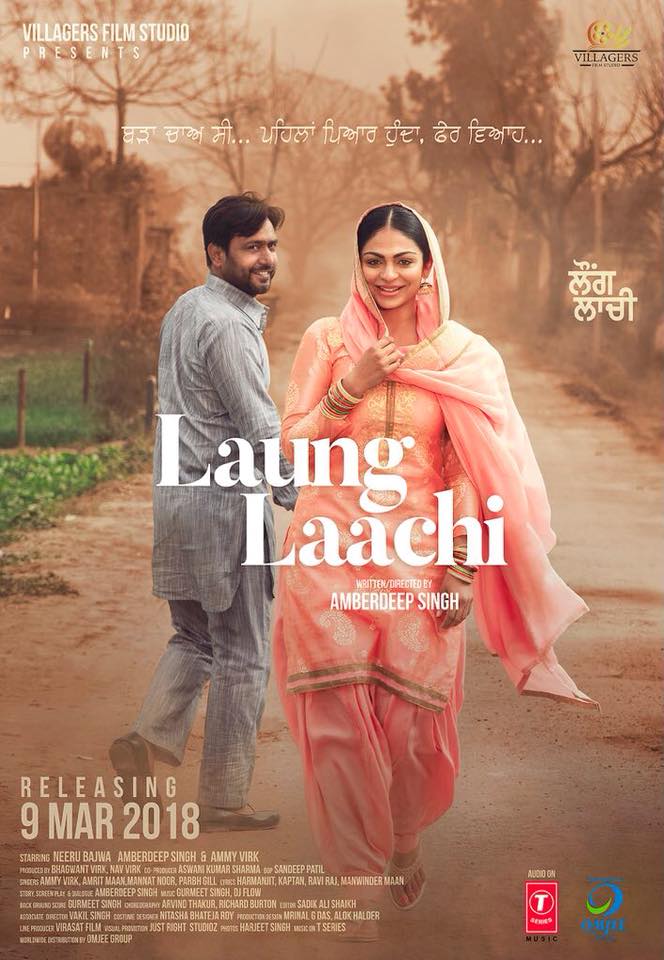 More than this there is a good news that the writer of movies like Love Punjab, Lahoriye and Angrej, Amberdeep Singh is making debut as an actor in this movie, Laung Laachi. This will be his first film as an actor, the writer will be sharing the screen with Neeru Bajwa in a leading role.

Direction and writing part of Laung Laachi is done by Amberdeep Singh only who is well-known writer and have made the movies that are unforgettable for the audience of Punjab.

Trailer of Laung Laachi movie is trending on Youtube. viewers have liked it and all are planning to watch the film.

Like all other Punjabi movies, it will be interesting to see that after a long time, how this queen of Punjabi Cinema, Neeru Bajwa will impress her fans with this film. Along with this we will get a chance to see acting skills or the writer and director of the film, Amberdeep Singh.