“Gurmukh” a great image develops in thoughts when we read this word which means, a man referring to his Guru in all the happy and sad moments of life. Pali Bhupinder Singh and penned down a whole story under this title and now will be shaping it in form of a film which is going to be totally different from usual Punjabi movie.

Movies and stories like these are responsible for taking Punjabi cinema on a level and maintaining it on the top itself. The very first poster of movie, Gurmukh has been released which shows a turban man standing, holding a sword in hand and his body printed with the news cuttings telling about rapes.

The film seems to focus on the rapes and recalling the fact that how a “Gurmukh” should be, how he should use his power and blessing of his Guru. This film has a lot to say and will remind us of the things that are to be followed for being a true Gurmukh and human as well. This film will have light comedy and drama also, the film is also supposed to be a family movie.

The shoot of this film is to be started from March 2019 and in the regions around Chandigarh. The central idea of movie Gurmukh sounds to be around the teachings of Sikh Gurus, this will enlighten a social message for the audience and especially targeting the young generation. 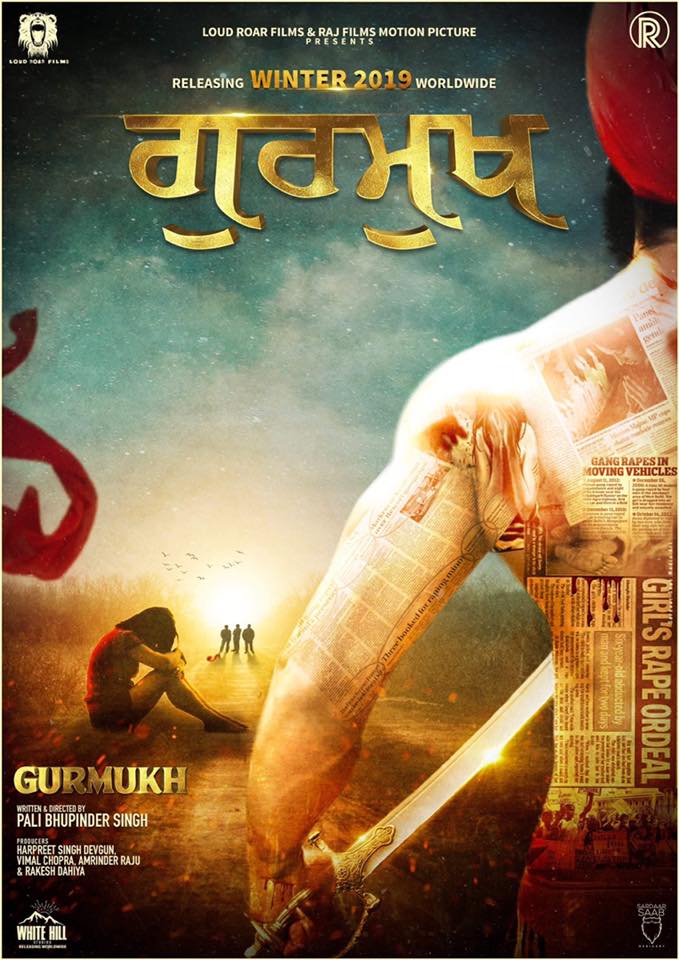 This will be a pack of action and thrill as well, with a well generated and suitable storyline. Producers of upcoming Punjabi movie Nadhoo Khan starring Harish Verma and Wamiqa Gabbi are working on this project as well. Gurmukh will be releasing under the banner of Loud Roar Films in association with Raj Motion Pictures. Producers are Harpreet Singh Devgun and Rakesh Dahiya.