Petals is the name of the upcoming short film which will be releasing on YouTube under the banner of White Hill Studios and is produced by Dua Film Productions which is a company located in Ludhiana, Punjab and basically known for making Music Videos of songs.

Petals will be a story with a whole new and different concept that will spark your emotions and thoughts in an enlighten way. The movie is directed by Preet Anmol Baweja and this is his very first project as a director. PreetAnmolBaweja has studied theatre in his bachelor degree from LPU Jalandhar.

The concept of this film was all set in Preet’s mind from a long time and he discussed it with many of his friends but when he came in contact with one of his known, Anshul Gnarch, Anshul listened to his concept and agreed to write the screenplay for the same. Although Anshul Gnarch added a lot of grace and beauty to this concept giving it an all new direction in more positive and visual way. Hence the story and screenplay is done by Anshul Gnarch. 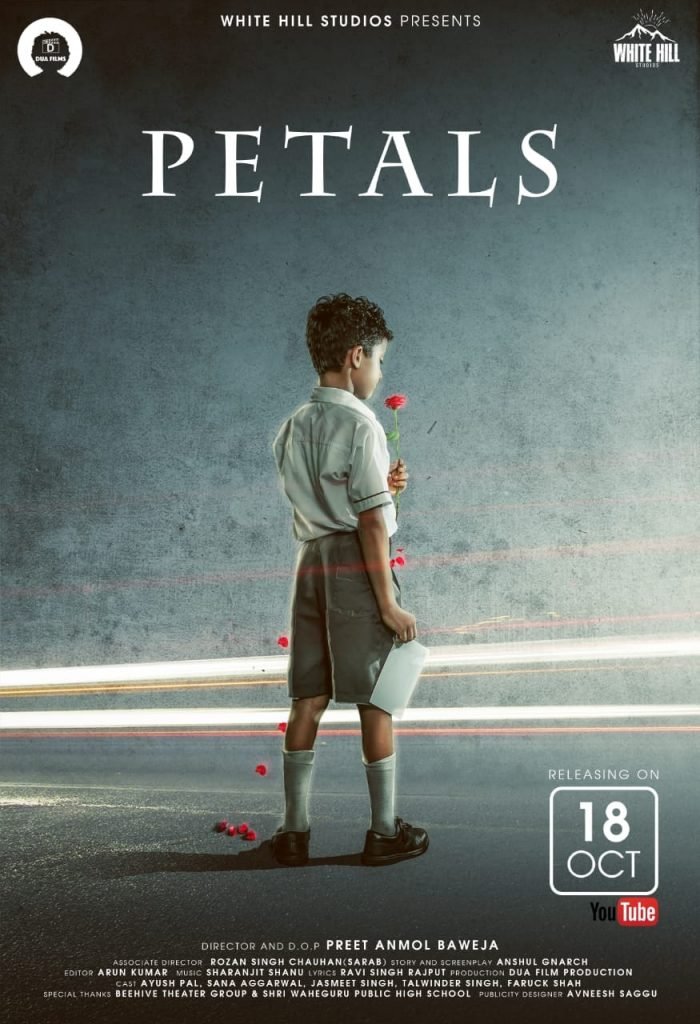 Music is the backbone of this film and it is done by Sharanjit Shanu while lyrics is done by Ravi Singh Rajput. Now coming to the star cast of the film, the movie includes 3 children, Ayush Pal, Sana Aggarwal & Jasmeet Singh while 2 adult and theatre artists are also the part of this film Talwinder Singh and Faruck Shah.

Associate Director of Petals, Rozan Singh Chauhan (Sarab) is also a very important part of this film and has been associated with all the ups and downs that came during the making of this film. The whole team has worked hard to represent this all new concept and we hope that it will for sure be one of the best short movies that you will see.

Petals will be releasing on YouTube on 18th of October 2018.