Just like many singers have turned actors in Punjabi industry, now it was the turn for Guri to get along the trend. He will be seen in upcoming Punjabi film Sikander 2 which is the second part of previously released Punjabi film Sikander which was based on the story of a guy becoming a mainstream politician with student politics and eventually also falls in love with a girl.

Sikander was directed by Jatinder Mathur but Sikander 2 will be directed by Manav Shah who has also directed  Punjabi film Laatu starring Gagan Kokri and Aditi Sharma. Guri is a well-known Punjabi singer, famous for his songs like Dooriyan, YaarBeli, Jimmy Choo Choo, Sohneya. He got fame by the song Mill Lo Na.

Not only Guri but Kartar Cheema will also be leading the film along. And the film is set to release in 2019, the poster of the movie has been released and is very attractive. Sikander 2 is bankrolled by Ashok Yadav, Vipin Gill, KhushwinderParmar, KV Dhillon and Gurinder Gill.

The Film will be releasing under the banner of GK Studios &Yadu Productions in association with G.Gill Yellow Head films.

Poster of the film looks interesting and shows a Gun, which is being taken out from soil or you can say from a field like someone as reaped it before. 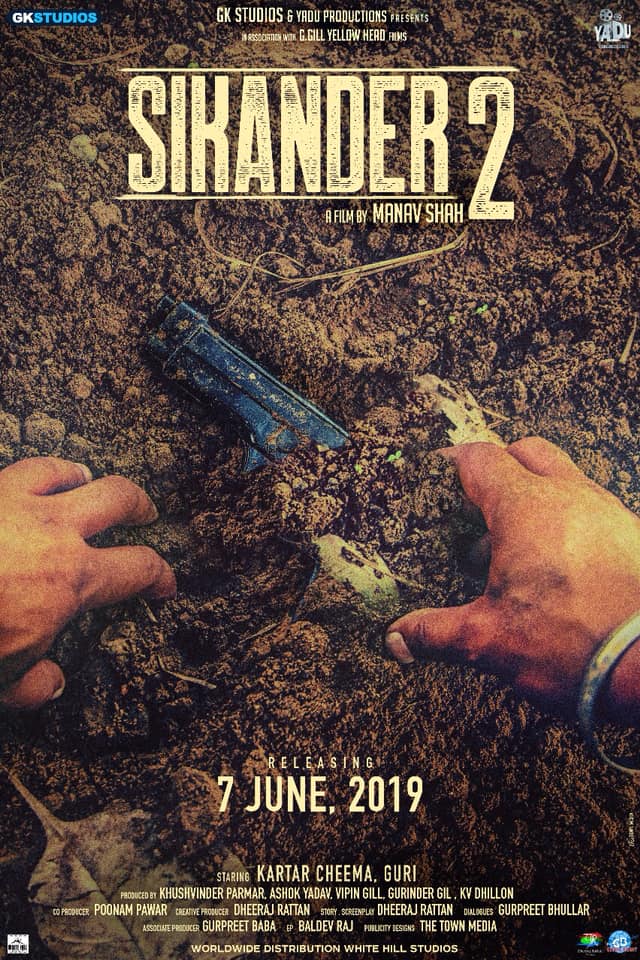 According to the poster it seems that just like Sikander Punjabi movie 2013, this will also be a serious plot film and will be conceptualized around the politics.

Along with this, it contains additional information about the cast and crew of Sikander 2.