Gurpreet Ghughi is again back with something interesting this time. With all now storyline and concept, upcoming film is named as Son of Manjeet Singh and is a story of father and son. The interesting thing about the film is that this film is produced by Kapil Sharma Production House i.e. K9 Productions.

Background voice is also given by Kapil Sharma in the trailer of the film. Son of Manjeet  Singh will be releasing under the banner of , Seven Colors Motion Pictures and K9 Films.

Gurpreet Ghughi is one of the finest actors of Punjabi cinema industry and has played various roles in Punjabi films. He is from some of the actors who fit in every role, while it is about a serious or it’s a comedy thing. He has done films like Ardaas, Carry on Jatta, Carry on Jatta 2, Jatt James Bond, Fateh, Lucky di Unlucky story and many more. His career and achievements are filled with quality and quantity both. And now Son of Manjit Singh will be another quality work from his side.

Father, Manjit Singh, who is disturbed with his scooter and his son, Jaivi. Scooter fails to run on the road while his son fails to pass in studies, this is what similarity is between both.

Gurpreet Ghughi is playing lead role in the film that is of Manjeet Singh and is a father who is not at all clear that what he wants to make his son Jaivi or Jaiveer Singh. While Jaivi is clear about his thoughts and wants to become a sportsman, especially a cricketer like Dhoni, Harbhajan Singh.

Manjeet Singh and school is very disappointed by Jaiveer’s performance in academics. Manjeet Singh finds that the reason behind this is Jaivi’s love for sports and Cricket which is totally a waste of time. Hence, Manjeet Singh decides to come hard on Jaivi and breaks his favorite bat and warns him only to focus on studies.

Jaivi passes this time but only with 40% and Manjeet Singh was expecting at least 80% from him. Now when Manjeet Singh scolds him, Jaivi also speaks against all the bad happening with him. Now it will be interesting to see that what will be the result of this fight that is not only between Manjeet Singh and Jaivi but almost every parent and child in India.

The film is going to bring a great message for all, parents and children too. For sure this will be a great work and serving to Punjabi cinema from the makers.

Trailer of Punjabi movie Son of Manjeet Singh is out and is trending on YouTube.

Poster of Son of Manjeet Singh is out and shows Gurpreet Ghughi lifting his son Jaivir. They seem happy to gather. 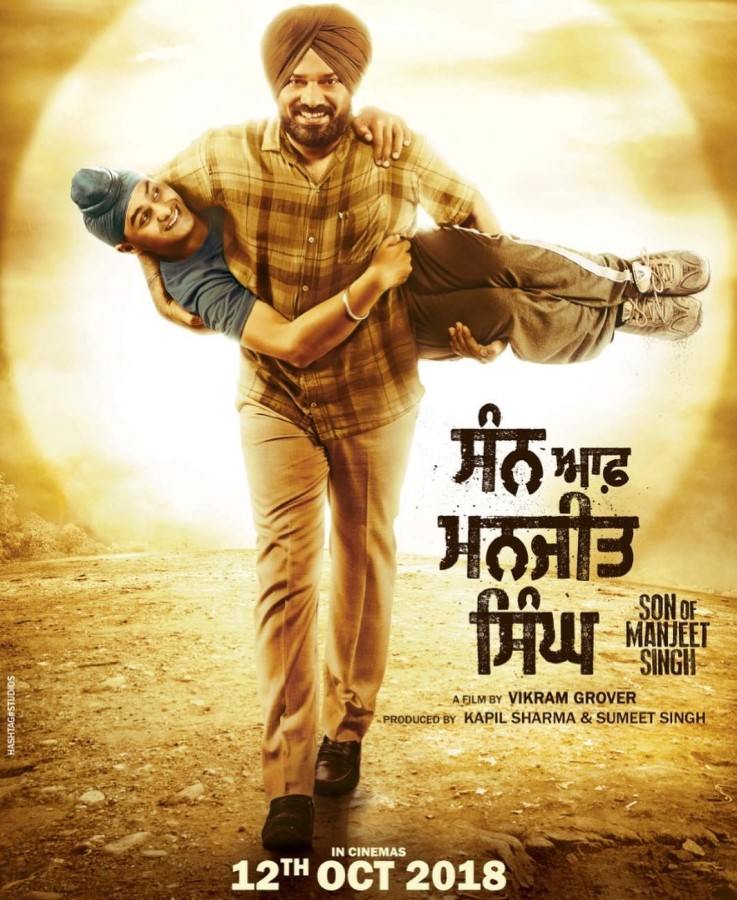 Son of Manjeet Singh will be hitting cinemas on 12th October 2018.