ASEES: THE UPCOMING MOVIE JUST LIKE A BLESSING TO PUNJABI CINEMA

Asees, which means a blessing, which is the tile of upcoming Pollywood movie that will be releasing next year on 22nd of June 2018, moreover the movie will be showing the different sides of emotional and esthetical aspects of not a star, not an ideal, not even of a king of a high grocery kingdom but of a very ordinary man of today’s time. This is what the richness of this film is, therefore the concept of the film is to really show the difficulties that a normal man faces during the time of his life.

The producres of the film are Lovepreet Sidhu Lucky, owner of Basant Motors and Basand Entertainment Ltd, Baldev Singh Bath and Punjabi actor, also the star of comedy in Punjabi cinema, Rana Ranbir who is also doing the acting part in the film but here is a latest catch that he is the only one who is directing the movie Asees as well, yea you have read it right, the actor of Punjabi industry, Rana Ranbir is not only an actor but has come up with his writing and directing skills as well. Asees is directed and written by Rana Ranbir who is also the producer of the film.

Baldev Singh Bath, one of the producers of the film told during a talk with media channels that he is deeply in love with literature, music and cultural things like dramas, movies etc, that is why he invests his part of money for the works like this but this is the first time that he has came up for production of a movie which does not mean that he wants to earn from it but this is because when he listened to the script of this movie, he was so amazed that he could not even think about letting this contribution go from his side.

Balder Singh Bath told that he has no knowledge of acting, direction or music but he has a strong believe on the capabilities of Rana Ranbir. Whereas Rana Ranbir told that he was working on the script from last one and a half years after which he went on to get suggestions for the script, and all the reactions were very positive, also that the movie is not about a specific topic but it covers the real life of a common man who is facing the life problems with his own solutions according to his capabilities and keeping his responsibilities over his own dreams. Every home, every family, almost every man on this earth has gone through the things that we will be showing in the movie, also that how this life given to us is an Asees (blessing) of god. 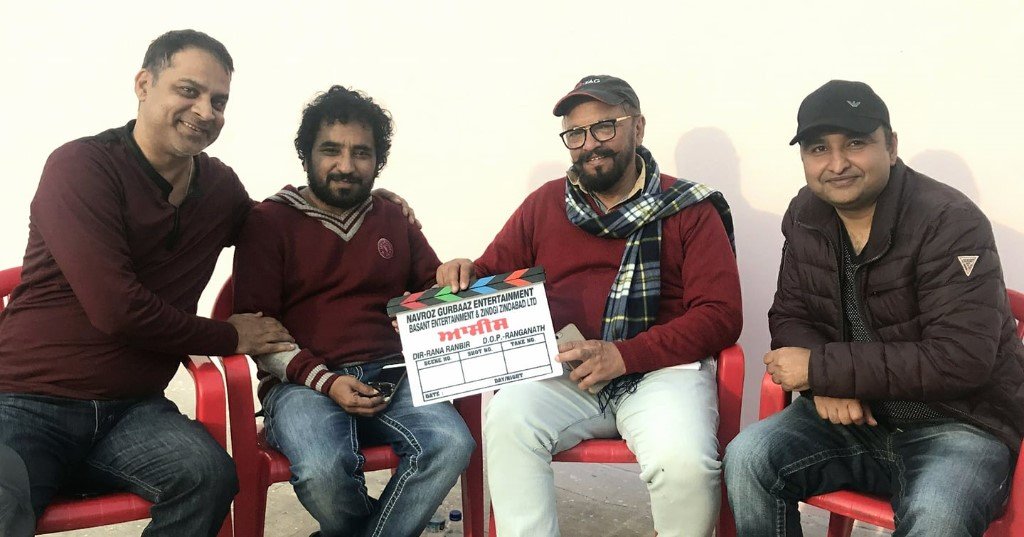 Moreover, the movie will be introducing new faces to the Punjabi cinema, actresses like Seema Koshal and Shavin Rekhi are doing debut in Punjabi cinema through Asees.

Music of this awesome creation of Rana Ranbir is done by Tajinder Kittu. The songs are sung by very famous artists and moreover, they all are very soulful, the names will make you fall for the movie even more, the voices to the songs are landed by Kanwar Garewal, Firoz Khan and Lakhwinder Wadali.

All of them are so soulful sensation of Punjab which do have themselves suited their names to the concept of this movie which is very pure also, will defiantly lighten up many hearts that have founded themselves lost in this journey called life.

Additional Info and the Cast:

Asees will be released under the banner of Navroz Gurbaaz Entertainment in association with Basant Entertainment Ltd & Zindagi Zindabad Ltd.

We really hope that this movie will defiantly work as a true blessing to Punjabi Cinema and other than Comedy everyone has many more aspects of the life to look after, which is what Rana Ranbir has done through is work.