Dev Kharoud is well-known actor, people have loved his work every time he is on the screens. More than this he is chosen for the projects that include critical issues of the state Punjab. Jagjeet Sandhu will also be part of the star cast of Dakuan Da Munda. Jagjeet Sandhu movies include Rupinder Gandhi-The Gangster, Rabb da Radia, Qissa Punjab and many more. Jagjeet Sidhu debut film was Rupinder Gandhi- The Gangster.

The director of Dakuan Da Munda is known to be Mandeep Benipal who is well known for many song videos and films like Rangroot, Sada Haqq, Yodha, Grorgette Suit etc.

Subject of Dakuan da Munda movie is based on a book written under the same title by Mintu Gursaria. Which is a biopic of own life and the book has been read by lakhs of people around. But now Mintu Gursuria wants to give the book a new way towards a film. That is going to inspire all those who believe that if they take drugs or they have become used to it have no solution to the problem, then they will find themselves wrong.

As life of Mintu Gursaria is very inspiring that is why he has written a whole book on it. He wants to spread it furthermore. The film will show real aspects of Mintu’s life, how he changed from a drug addict to a writer. He has gone several times to jail as well because he tried to steal money for the sake of drugs. He was so used to it that his behaviour with his family was also not up to the mark. 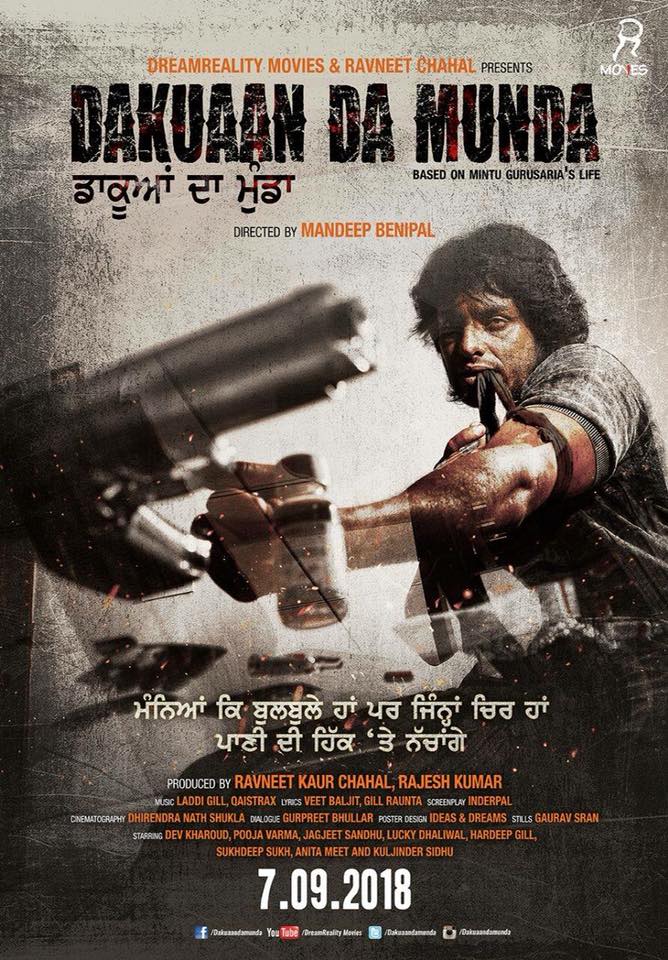 Soon he tried to get out of all the bad things that he was doing with himself and the people around him. The story will be brightening up the ways for those people who have failed to come out from this, have no hopes, dreams or inspiration for a true life. The subject of the film is so strong, which is one of the major problems running in Punjab from a long time; hopefully the tale will be defining a new life for all those who are hopeless for this.

We really feel proud of all the producers, directors, actors and all personalities involved in such a major project to give society a true inspiration. There are very less movies like this in Punjab. Cinema is one of the major sources to broadcast such realities of life and lighten up the hopes of people who are lost in a world that can never bring happiness in their life and in all the people connected to them.

Stay tuned for further updates of cinema, news and articles on the life of all those who are working on and off the screens of our Punjabi Industry, as well as Bollywood too.