Dhol Ratti is a Period Movie sets in a 70’s and director and writer have presented traditions and culture quite well.Punjabi Movie Dhol Ratti is an effort to connect people back to their roots.

Dhol Ratti Movie is an upcoming film of 2018 which will be releasing under the banner of Canam Movie Production and is produced by Mike Verma. There are two posters of this film are been released till now.

Outlook to the posters:

The posters of the film shows various characters, one includes a photograph of both hero and heroine of the film Lakha Lakhwinder and Pooja Thakur where the hero is sitting on a scooter, the heroine is standing near him. Other than this it includes the complete list of star cast with the name of producers and name of film of course.

Other poster includes 5 characters of the movie on it, firstly hero, heroine, then Harby Sangha, Malkit Rauny and actress, Gurpreet Kaur. 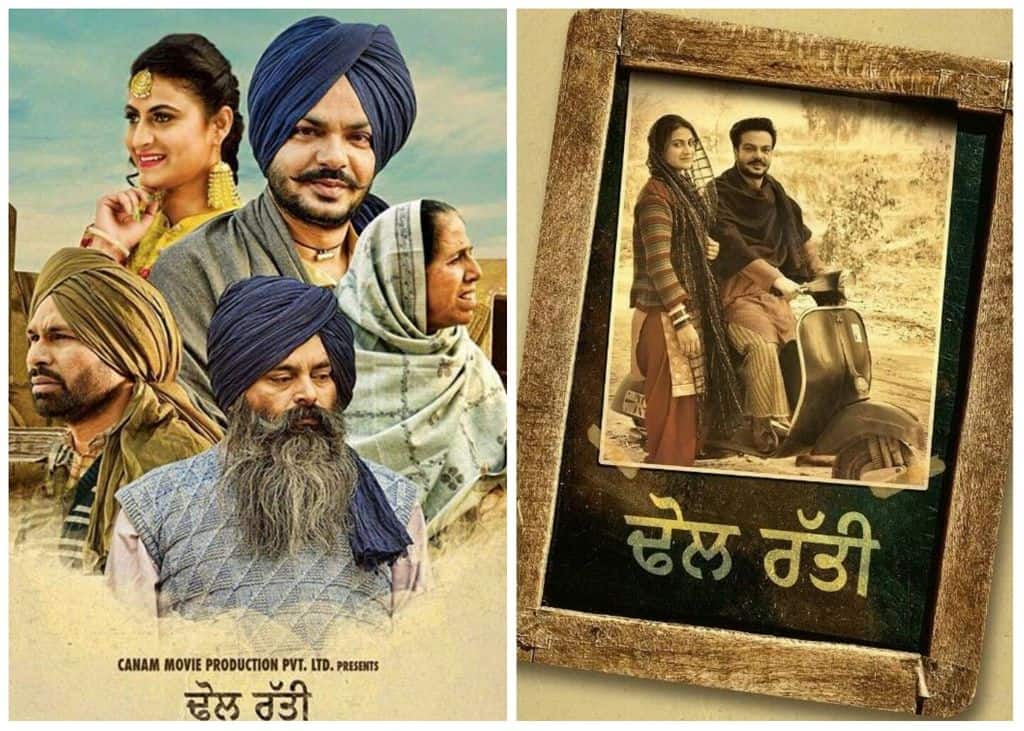 The Dhol Ratti Movie is based is a period story of 1970’s. The film encapsulates an emergency on Indo-Pak Border. The movie is based on moral values and family relationships. It’s a story of old Punjab.

Dhol Ratti Star Cast includes some well known & some new faces which will be introduced to Punjabi cinema, those have done really well in their lives till now. Passing out from various phases of acting through theatre, plays, nuked nataks, mime and now in front of all of us. Hence the list goes here;

Babbar Gill is a devotee of Guru Nanak Dev Ji, well-trained actor who has no limitations for acting skills in his dictionary; he is also a huge fan of Babbu Maan. He is introducing to all of us via big screens through Dhol Ratti and Udeek. In both the films, he is playing the role of a villain.

Arsh Chawla, the actor was born in Canada but he has never been away from Punjab as his mother tongue Punjabi have always impressed him more than any other language, there is an artist in him which could feel these things so close to his heart. The artist when he tried to find out was an actor, hence leaving the luxury life at Canada; Arsh Chawla has come all the way just to explore his talent for the sake of Punjabi language and to follow his own passion. Dhol Ratti will be a great stage which will be introducing him to all of us.

Harby Sangha: A very well known actor who is more often seen in many comedy tales of Punjabi industry, whenever the star is on screen. No one can stop laughing watching the style of representing a joke by him. He is also the part of this upcoming movie, Dhol Ratti, you will defiantly have fun watching the film that has included such a great comedian in the storyline.

Gurpreet Kaur: Actress has done various movies of Punjabi cinema, mostly seen in the role of a mother. Let us see what we have for Dhol Ratti from her side.

Malkit Rauni: Well known artist that has made us laugh, cry and many more emotions have impressed us through his talent in various movie and songs. This very humble actor is also the part of Dhol Ratti

Pooja Thakur: Heroine of the film, Pooja Thakur is well known Bollywood actress who has done complete justice to her role in the Dhol Ratti as well. You all ill defiantly love her work.

Lakha Lakhwinder: Done a few movies in Punjabi cinema till now, and deploying his skills more through Dhol Ratti.

Other than this there is a lot more talent to see in this movie like Gurmeet Dhaman, Jasdev Maan, Anita Meet and others.

Music of Dhol Ratti Movie is given by Tarun Jaitly, lyrics done by Babbar Gill and there is a list of very well known singer of Punjabi music industry, whose songs will make us dance, feel the emotions of this movie. Firstly, the title song of this film is sung by well-known Bollywood singer from Punjab, Mika Singh whereas other singers are Surjit Bhullar, Nachhatar Gill, Suresh Kumari, Rani Randeep, Neetu Balla and Ashu Punjabi.

We have seen many Punjabi movie last year but with this year we have a lot more to watch, many changes in Punjabi cinema through these kind of movies which are introducing new talent to Punjabi cinema which will further make our industry more passionate, and will show path directly to the heart of youth generation of Punjab.