Dulla Vaily movie is bringing the two masters of all the times back together, Guggu Gill and Yograj Singh. Both are living legends of the industry who are working from the time when most of the young actors, directors of films were not even born. During the times of films like Badla Jatti Da, Ankh Jattan Di, Jatt Te Zameen brought both the stars together several times. Which resulted in impressive outcome from the audience part, as audience loved this combination and they got many chances to come together in many films.

After 25 Kille this is the movie which will be bringing them together. Not only this, but the movie is also important as after a long time period of 20 years Pargat Bhagu and Guggu Gill will also be seen together. Last film that both the actors did together was Zaildaar. Although, Pargat Bhagu’s son ‘Rukhsar Bhagu’ is also the part of this film. Who will be landing his voice to some songs of the Dulla Vaily movie.

Khushboo, who is producing the film is also the writer of this movie. Dialogues are written by another producer, Malkeet Buttar. 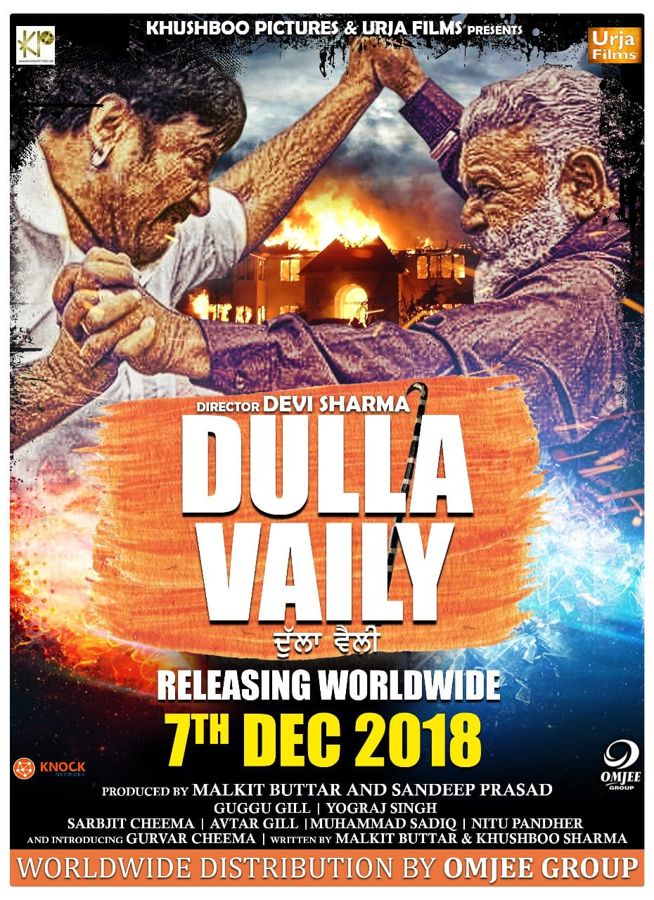 Direction and other aspects of Dulla Vaily Punjabi Movie

Dulla Vaily’s direction is done by Devi Sharma. Shooting locations of the film are set near Bathinda, Punjab and Ganganagar Rajasthan.

Guggu Gill Films are well appreciated all around, and here in this film also, he is playing the leading role in the film. His character is named as ‘Daleep Singh or Dulla’ who is chief of a family which was destroyed around 40 years ago. His nature in the film is like a gangster who is soft at heart and helps those who are in need but strong enough to fight against the bad.

Yograj Singh is playing the role of Villain in the film which will bring back the action like previous movies of both the legends and viewers were waiting for this kind of film from a long time. Now this is the time to resolve all their thoughts on the big screens.

Official date of the film is not yet announced but when the climax of the film was getting shot a Buladewala Village near Bathinda where many scenes of Punjabi films are usually shot. During a media talk at the place, Guggu Gill said that this the one of the most important movies for him as both the brothers (Yograj Singh and himself) are making a huge comeback in the previous style of movies which viewers were demanding. After this Climax shot the shooting will be done, after the editing and final touch the film will be on the screens nearby March 2018.

This comeback of both the legends will bring many old memories with it along with a message to the society as usual which is the main prospective of both these legends. We look forward to welcome them together on the screens.