Ninja has already made his place in people’s heart through his songs and stage shows, after which he made debut in the film industry with Pankaj Batra’s film Channa Mereya which was a remake of Marathi blockbuster Sairat.

Ninja played a lead role in the film and was cinema lovers loved his acting as well. After that, we have seen him recently in Pankaj Batra’s High End Yaarian with Jassi Gill and Ranjit Bawa. 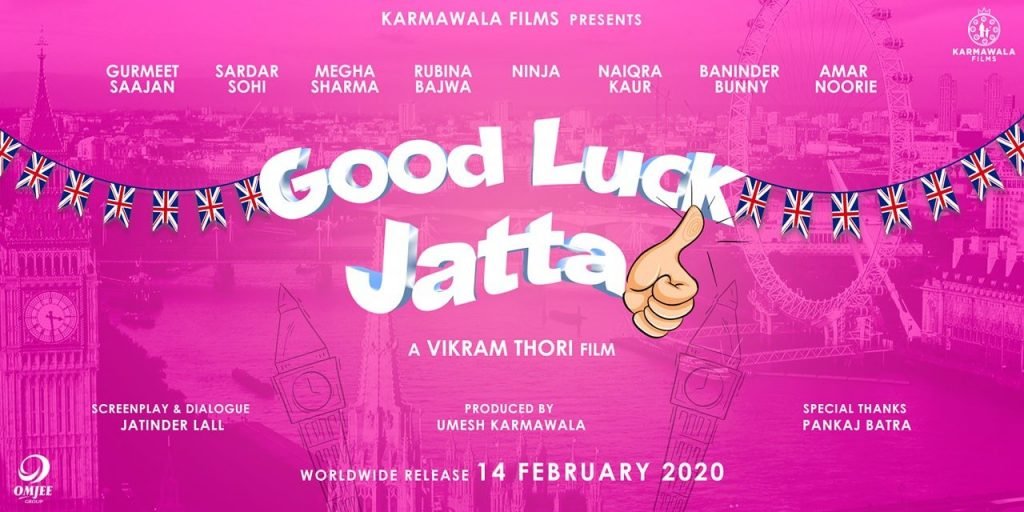 One more film named as Aahlna was announced by Ninja but nowadays we have no update about the release and film. Finally, we will now see him on big screens opposite Rubina Bajwa in upcoming Punjabi film Good Luck Jatta.

Good Luck Jatta is directed by Vikram Thori, known for his direction in Parmish Verma’s very first film Rocky Mental. This film is produced by Karmawala Films and will be released under the same banner.

Screenplay and Dialogues are penned by Jatinder Lall and produced by Umesh Karmawala. While Pankaj Batra holds a special thanks for his inputs in the direction on the poster.

Release date of Punjabi film Good Luck Jatta is 14th February  2020 i.e. next year’s valentine day. The poster of the film shows flags of UK on it tied to the title of the film, so most probably we can expect the shoot of this movie in the streets of the United Kingdom.

Worldwide Distribution will be done by Omjee Group.

Here is also a catch about the release date of this film, the date is already been booked by another Punjabi movie releasing next year named as Sufna which is directed by Jagdeep Sidhu and stars Ammy Virk and Tania. There are already so many Punjabi films lined up for this and next year, which is why the clashes become inevitable.