JATT VS IELTS: UPCOMING PUNJABI MOVIE OF RAVNEET SINGH AND NEW STEP OF HIS CAREER

Jatt Vs IELTS Movie: Ravneet Singh is a well-known anchor, singer and actor of Punjabi industry, who has won many hearts from his show Canteeni Mandheer that used to telecast on Mh1 and Ravneet was host of the show. This was the start of his career and he has been walking through a number of colleges in Punjab and the show was about interacting with the college students, which made him famous all over Punjab, especially in youngsters.

Afterwards, Ravneet turned to singer from anchor and released a single track named as “Lakh Lahnta”. The track was loved very much and youngsters showered their love on him and blessed him for more.

Now this man is going to be on silver screen and as a lead of upcoming Punjabi movie Jatt Vs Ielts. This will be Ravneet’s first movie as a lead actor, before this, he had a guest appearance in Binnu Dhillon’s Punjabi movie Bailaras. 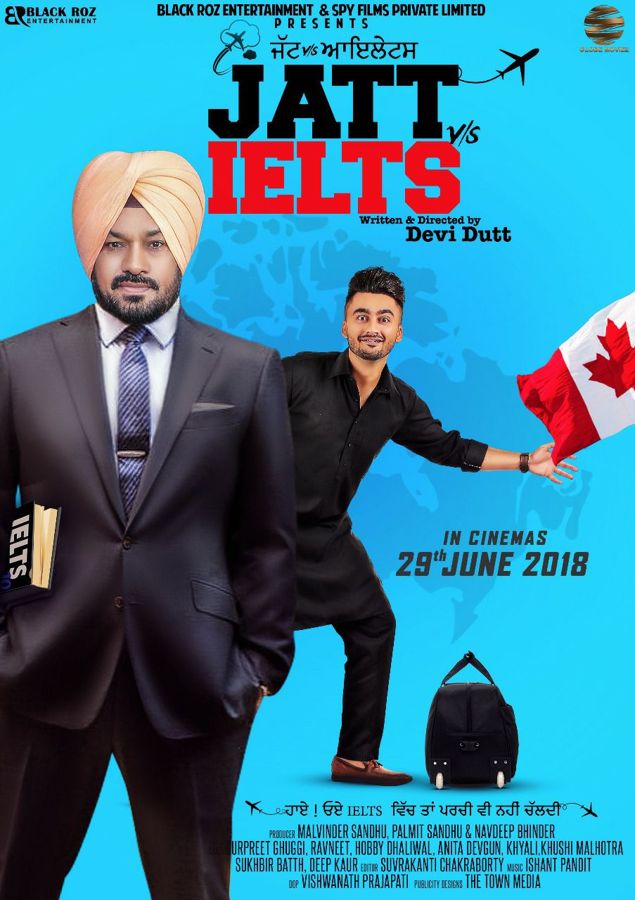 Jatt Vs IELTS will be a comedy movie which is written and directed by Devi Dutt and produced by Malvinder Sandhu, Palnit Sandhu & Navdeep Bhinder. The film will release under the banner of Black Roz Entertainment & Spy films Private Limited.