Kande Punjabi Movie Will Show the Bitter Truth of Society

Kande is an upcoming movie under the banner of VRV Production. Kande is directed by Kavi Raz. Kavi Raj is Hollywood-based Director who has directed Black Prince movie starring Satinder Sartaj.

The concept of the movie looks different. Director of the flick Mr. Kavi Raz is known for his unique concepts.Kande Punjabi Movie is shot in baddowal Ludhiana.

First Poster of New Punjabi Movie kande is out.

Its very proud moment for Punjabi cinema that filmmakers from Hollywood and Bollywood are coming to Punjabi film industry. 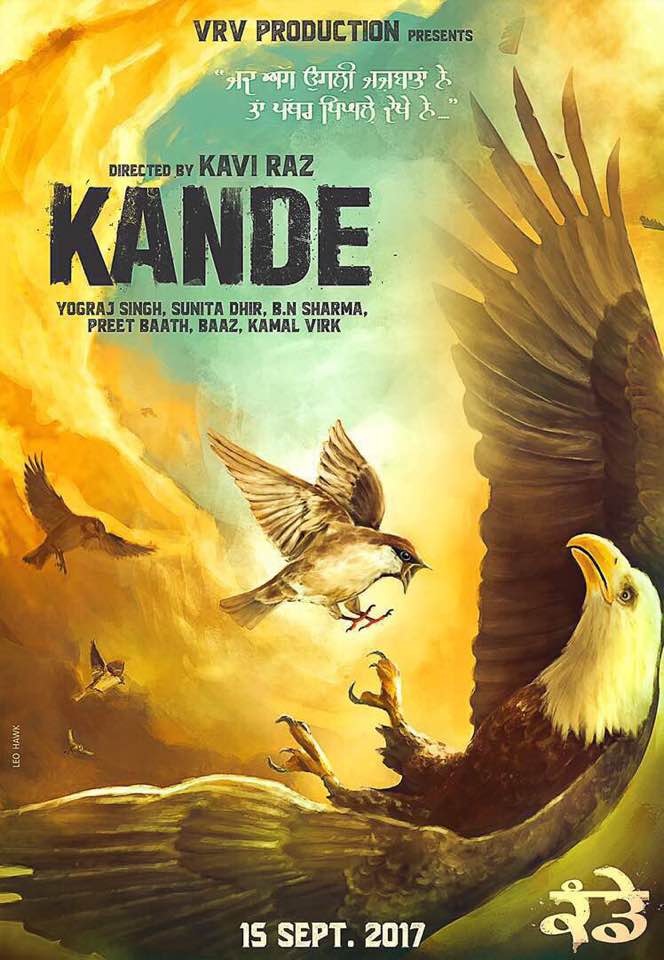 Story of the Kande Punjabi Movie

The Story of Kande Punjabi movie is based on a play written by Baaz Sukhpal Sekhon. The play was performed on the various stages all over the country and was very much liked by the audience. Due to the huge response, Kande Team decided to make a Movie on the same concept. We hope Kande Movie will win the hearts of The Punjabi audience.

Filmmakers of the kande movie do not want to reveal the story as of now. But as per information received from our sources in the film industry, the film Kande is going to be a masala movie. It is all about friendship and relationships. There will be a touch of romance too. The audience will see a pinch of Kabaddi and movie will also cover drug issue.

The main focus of the film is on the truth of the society and how to overcome various problems. The Movie will show how a weak can defeat a strong evil power.

In this movie, Yograj Singh and Baaz are going to perform negative roles while Jeet Rurka will play the role of a Sarpanch. Jeet Rurka is also executive producer of Kande.

The movie is directed by Kavi Raz and Produced by Rakesh Sharma (a renowned businessman from Ludhiana). Kande is debut project of Rakesh Sharma as a producer.

Kande Punjabi Film is all set to release on 15 September 2017 under the banner of VRV Production.