In this Film, the audience will see Parmish Verma in the lead role. The youth likes videos directed by Parmish Verma. There is a craze to see him as an actor.

Rocky Mental Movie is the story of a boxer Rajdeep Singh. The Film Rocky Mental will show how a Boxer faces challenges in his personal life. It’s a story of a Struggling Boxer and how he overcomes the problems.

In a Press Conference Parmish Verma said that Rocky Mental is a complete package which has   Romance, Action, Comedy and Suspense. Further, he said he is excited about the movie and feels lucky to be part of such a great project. 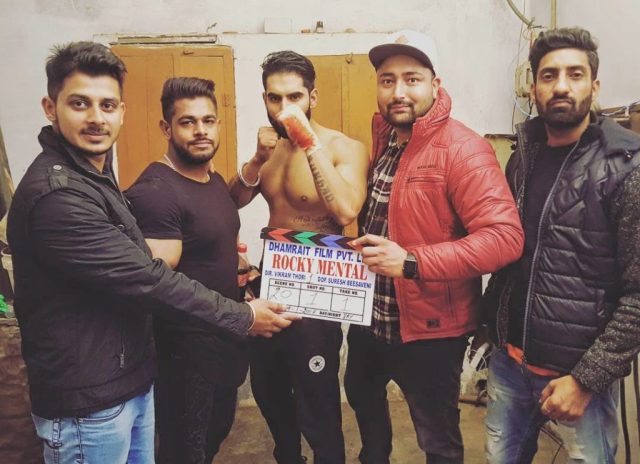 Tannu Kaur Gill is the Lead actress of Rocky Mental Movie. She will debut in pollywood with Parmish Verma’s Rocky Mental.

Rocky Mental Punjabi Movie will release on 18 August 2017 under the banner of Dhamrait Film Pvt. Ltd.