There are hardly any movies of Punjabi cinema that are being dubbed in any other language than Punjabi, although Punjabi movies often release World Wide but they are followed by mostly Punjabi people only.

Now the border of this usual tradition has been crossed by Diljit Dosanjh and Pankaj Batra’s Sajjan Singing Rangroot. 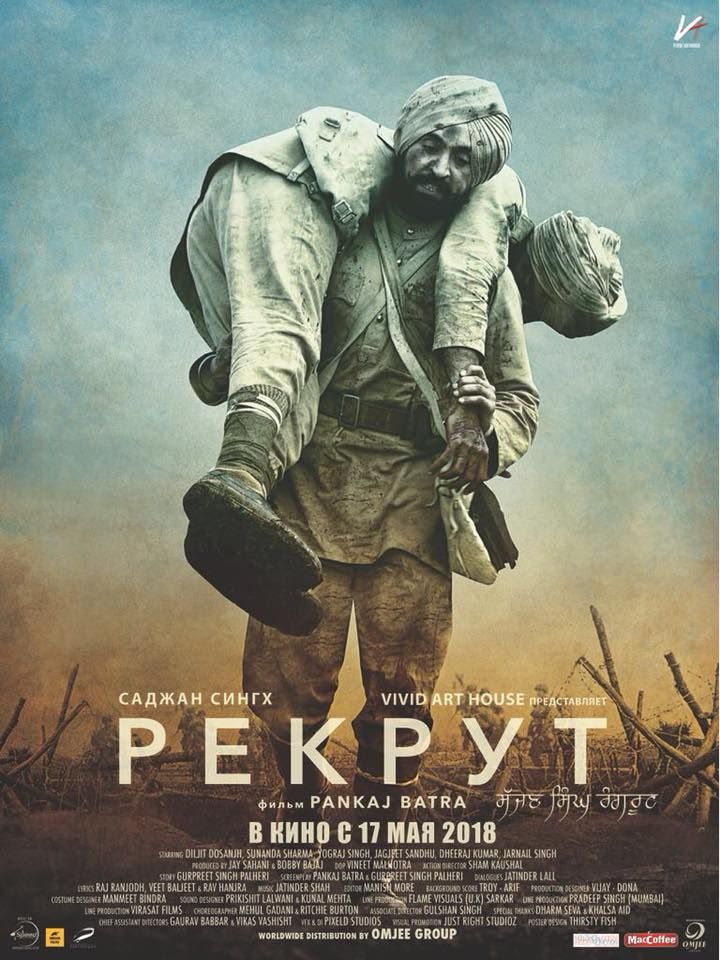 The good news has been possible by one of the most famous and great distributor of Punjabi Film industry, none other than Omjee Group. Omjee Group and Diljit Dosanjh shared this news on their social media channels.

Sajjan Singh Rangroot will be on screens on 23rd March 2018. Which is also the occasion of 100th Anniversary of 1st world war in which there was a great role played by Sikh Soldiers.