SATINDER SARTAJ: A REFLECTION OF SUFISM

Satinder Sartaj is a Punjabi Poet, Sufi singer, actor, and composer. He is being called as master of Sufism as per today’s singers and poets. Because he is one from artists that talks about Punjabi literature, history and culture. Singing the songs that are in demand is one thing that every artist is going through but Satinder Sartaj has always sung song that is much needed in society, not that is demanded. This is the quality that makes him different from other artists and Singers, also Sartaj in an interview admits that he has never written for things like drugs and weapons because these passions can never reflect the rich culture and tradition of Punjab that is been forgotten by most of the youngsters in Punjab. Being such a great artist he should be better known by the young generation, so here we are ready with facts that are connected with this multi-talented personality of Punjab. 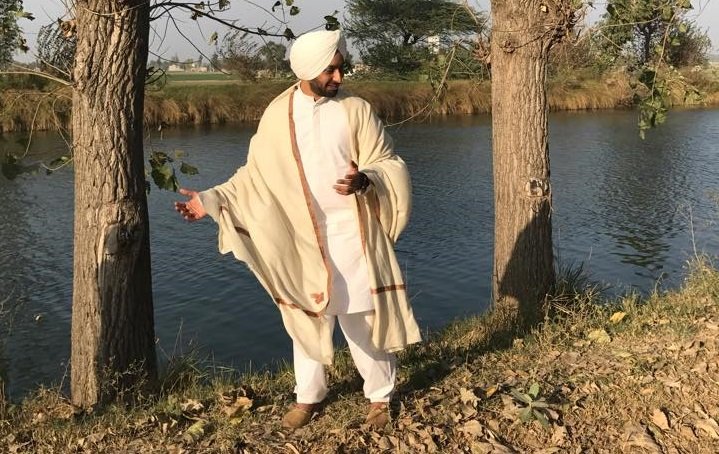 Satinder Sartaj (Real Name Dr. Satinder Pal Singh) was born on 31st of August 1982 in village Luderan Kalan of dist. Jalandhar, Punjab. And he was brought up in village Bajrawer Dist. Hoshiarpur, Punjab. His schooling is being continued in the same village and from childhood, when he was in 3rd standard, he remembered all five paths of Gurbani as he belongs to a gursikh family and his grandmother always kept him connected to Sufism and Gurbani. He used to sing in Gurudwaras and at home functions from childhood and completed his graduation from Govt. College Hoshiarpur in Music Honours. Sartaj has always been interested in reading and studying Sufism and when his elder brother completed his Masters in Punjabi, he went for the same but his father encouraged him to continue his studies in music as he has interest in the same, hence he took admission in Panjab University Chandigarh and then did Masters in Music and after that Ph.D. in Music. He also did diploma in Farsi language and during the times in university he has performed at various stages, also performed from state to international level of competition.

Satinder Sartaj wrote his very first song in the year 2002 which is titled as “Cheerey Waleya”. In 2009 he released his first album that contained 10 songs named “Ibadat”. In the year, 2009 he performed the 1st official live show of his life in Toronto, Canada and he became that famous in the audience that he went for 3 shows in the country but had performed ten sold out shows and completed his very first tour. Sartaj’s most of the time of any year is spent outside of India as he has 70% of his shows in the foreign countries and that is why he sometimes calls himself as “Pardesi Gawaiya” (Foreigner Artist). And most of the shows in India that happen are mostly in the capital, Delhi.

During the struggle time after completion of studies, while he was going through the difficult phase of life, he wrote a song that was just like a prayer and it was named as “Sai”. In 2010, Sartaj released an album named as “Sartaj” and Sai was its title song, after this song made a history and there was hardly any Punjabi who didn’t heard and appreciated this song, it was so much filled with Sufism that every person called him as best Sufi singer to the time and this song took him from Satinder to become Sartaj. After the huge success of “Sai”, Sartaj never looked back and became a youth icon that reflects the true image to Punjabi culture, heritage and richness of Punjabi history.

Mostly in the interviews when Satinder Sartaj was asked about doing movies as in trend, it had become common in Punjab that most of the singers were coming as Actors as well. Then he told that he has never thought of doing movies as he don’t have much time from his very busy schedule of songs and he is very happy with what he is blessed, and as an artist he feels that in acting you have to leave own personality back and have to wear the whole cover of the character that you are playing on the screen after all this is a totally different and natural art that can’t be handled by everyone.

After a long time in the field of music and writing he got offered by many directors for doing movies but he never changed his thoughts and keep rejecting all offers from films, but when he was asked for doing a Hollywood movie that is named as “THE BLACK PRINCE” and is based on the true story of Sikh history and on the last Maharaja of Punjab Maharaja Ranjit Singh’s son Maharaja Duleep Singh and he is being offered the role of Maharaja in the movie and on which the movie is based upon, being a literature lover and with the thought of representing Sikh history to the whole world, Sartaj could not say no to such a big thing. Hence he took his decision and got agreed to work in “The Black Prince”, admitting that he has no acting skills at all. But there was a legend who was going to direct this beautiful tale, “Kavi Raz”, he never took the wrong man and never wrote the wrong story, hence he trained Satinder Sartaj to work at this big scale with very natural acting and in the role of the Maharaja. The film was released in July 2017 and was released in three languages; Punjabi, Hindi, and English. In the Punjabi version, Sartaj has written three songs for the movie and has sung them themselves, “after being the first Punjabi Singer walking on the red carpet Sartaj is still Sufi at heart”, this is what the songs in the movie reflected. Also, this tale written and directed by Kavi Raz got a huge success and is loved by everyone in Punjab. Along with that, acting skills of this Singer, Satinder Sartaj also got noticed and that added an acting category in his career as well.

List of albums and single tracks released by Satinder Sartaj :

Awards that are gained by Satinder Sartaj :