Binnu Dhillon is one of the most talented Punjabi actors. Recognised for comic roles in Punjabi cinema. Talking about his personality, he is really down to earth artist and believes that you need to be a better human being than an artist. Regarding this, in an interview, Binnu told that he wants that new artists who are properly trained for the field and are working hard for the same should get a chance to perform in the industry and show their talent. That’s why he tries to help many to enter in the industry. So let us now see towards his life style, work, and his thoughts about Punjabi cinema. 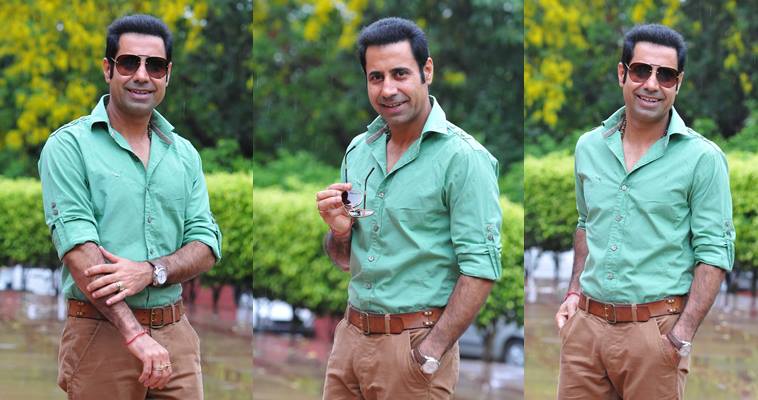 Binnu Dhillon is active from 1996 in the field of acting as and theatre artist and as a reparatory artist. Binnu’s full name is Birender Singh Dhillon; he was born on 29th August 1975 in a village near Patiala, named “Dhuri”. Binnu Dhillon did masters in theatre and performed on various stages and in various roles during his studies. He started his career from television in 1996 on Punjabi channels in serials like “Parchave”. He started earning from TV and he was paid just 2200 rupees per month as a reparatory artist and later on was paid 3200. During the time Binnu Dhillon got married and started living in Patiala city on rent. Once he was asked about his experiences from life, then he told that he paid 1300 rent for the room and had just 1900 left in his hands for the whole month, to manage this he compensated for the things that were useless and wasted his money and time. But he never thought of doing something else than acting, as he believes that everyone should have his focus on one thing or in one type of career so that one can do and give his best for the same.Binnu Dhillon also tells that in some serials he was paid 750 rupees for one episode.

Growing and learning from theatre and television, he got to act in a Bollywood movie starring Sonu Sood named “Shaheed-e-Aazam”. Although, Binnu Dhillon played the role of a filler in the film. During the times when Punjabi cinema wasn’t that active and good, he performed in various comedy tales overseas with Bhagwant Maan and Gurpreet Ghughi. In 2007 he did his first Punjabi debut in “Mitti Vajan Mardi”. With Jimmy Sher Gill as lead and directed by Manmohan Singh. Binnu Dhillon, He did the role of villain in the film. And in an interview he was asked for his favourite role, he tells that he personally likes role of villain in the movie as villain is the one who can do whatever he wants, like teasing the girls in the film, beating hero whenever he sees him, only the last 10 minutes villain have to worry otherwise in the whole film, villain remains master of the screen, he further explained. During the time of the films like “Munde UK De” and “Bambukat”, he did the role of villain mixed with the comic role.

From this Binnu Dhillon started playing comic roles and got very famous in Punjab for his skills and acting. In 2012 he works with all his senior actors like Jaswinder Bhalla, Gurpreet Ghuggi, Gippy Grewal and others in film “Carry On Jatta”, which was the first most successful comedy film in the history of Punjabi cinema. Also, he was once asked about an actor with whole his chemistry sets at the best, then he took the name of the most famous and talented legend “Jaswinder Bhalla”. As Binnu Dhillon loves the comic timing or Mr. Bhalla and he has learned a lot from him each time after working with him. Not just comic roles, he also did serious roles as a hero, in films that are subject based like “Dhulla Bhatti” and “Channo Kamli Yaar di” in 2016 with Neeru Bajwa. He has almost worked with everyone in Punjabi industry like with Amrinder Gill, Ranjit Bawa, Diljit Dosanjh, Ammy Virk, Sonam Bajwa, Neeru Bajwa and others. His serious roles as well are loved by the audience and are appreciated as he is so talented in the thing called acting.

His favorite movie in Punjabi cinema is Rohit Jugraj Chauhan’s “Jatt James Bond” with Gippy Garewal as lead. As the movie was subject based and was a totally different from the movies of that time. He moreover loves to do challenging roles that seem him difficult and more creative, he counts his role in “Mr and Mrs 420” as one of the most challenging role for him. He also did a Bollywood movie “Dev D” and worked as filler in the film.

His works include Bollywood movie Shaheed-e-Aazam with Sonu Sood in 2002.

We wish Binnu Dhillon all the very best for his further works.