Raduaa is the name of upcoming Punjabi movie that is also very first innovative idea and concept for the Punjabi cinema, yes, the headline is true that Raduaa is very first science fiction film of Punjabi cinema that is going to be a master initiative from the director Nav Bajwa who is also holding the place of a story writer of this movie. Raduaa will be releasing under the banner of Anushik Naredi in associate with Nav Bajwa films and Anup Kumar and Chechi Productions. 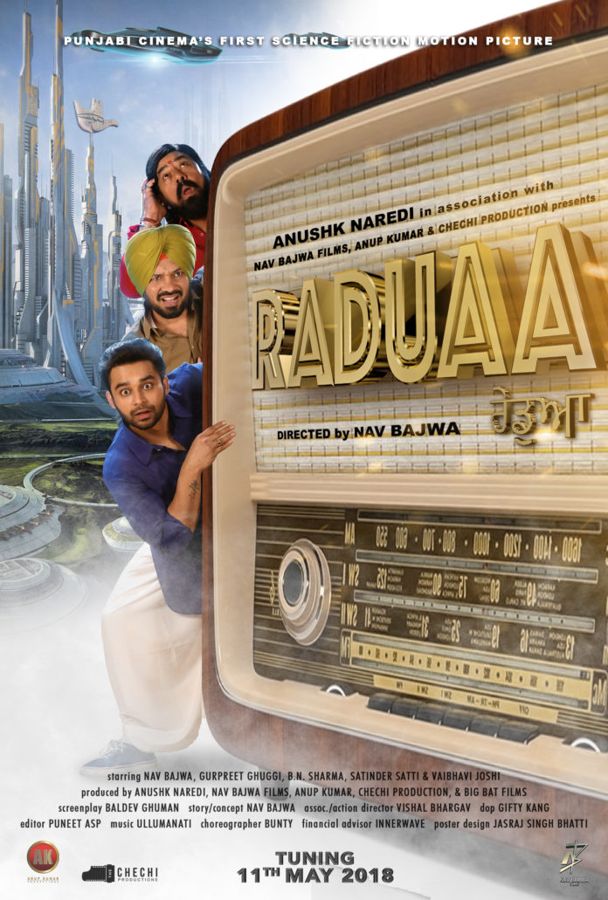 The Raduaa movie poster was released during year 2017 only as previously the movie was to release on 10th November 2017 but due to some reasons the film was not released in 2017 but now a fresh poster that has arrived includes the following. There is a big Radio along with which standing BN Sharma, ticking his head, Gurpreet Ghughi wearing the dress of a cope, and Vaibhav Joshi wearing a folk dress of Punjab and holding the radio.

The Story of Raduaa Movie:

Raduaa Movie will take us to the times of 1955 when All India Radio (AIR) which was officially known since 1955-56 and was named as Aakashvani which meant “Voice from the sky”. As we see the poster of the film which clearly indicates that the movie will be revolving around the innovation and impact of radio from the times it was introduced in India.