SARGUN MEHTA is a leading actress in the Punjabi Film Cinema and she had made her way to the heart of audience by her talent and her personality that has come up with a great struggle and hard work in the field. So, looking towards the life of Sargun, we have some interesting facts about her journey from the start to till now.

For an actor, it becomes quite important to be best in all the roles that are provided to him/her. But mostly in the field of cinema, we have most of the personalities seen in almost the same type of roles and afterward, the role becomes their pet role, although audience also starts looking for them in the same roles. But the talent to fit in every shape in the industry sounds difficult but was never impossible for this star SARGUN MEHTA (Sargun Mehta Dubey after marriage).

Sargun was born on 6th September 1988 in Chandigarh and done her schooling from Sacred Heart Convent School and Carmel Convent School, Chandigarh. After this she did Graduation in commerce from Kirori Mal College, Delhi University and during her graduation, she performed in various plays and dance forms. After the completion of her study in Delhi, she went for Post Graduation in Business Management for 2 years, but she left her masters in between because she got selected in a TV series aired on Zee TV named 12/24 Karol Bagh opposite Ravi Dubey in 2009. After the completion of the show, she shifted to Mumbai.

In 2010 she was starred in Zee TV’s new series “Apno Ke Liye Geet ka Dharaam Yudh” but unfortunately the show failed to catch the attention of the audience as was off aired after 4 months only. Later in 2011 she did a Drama series for Colors TV named “Phulwa” and was a great success. Once in a while, she was also seen in an episode of the most famous show of Sony TV “Crime Patrol”. Then SARGUN MEHTA was chosen for Fireworks Productions’ suspense thriller “Hum Ne Li Hai…..Shapath” opposite Rahil Azam. 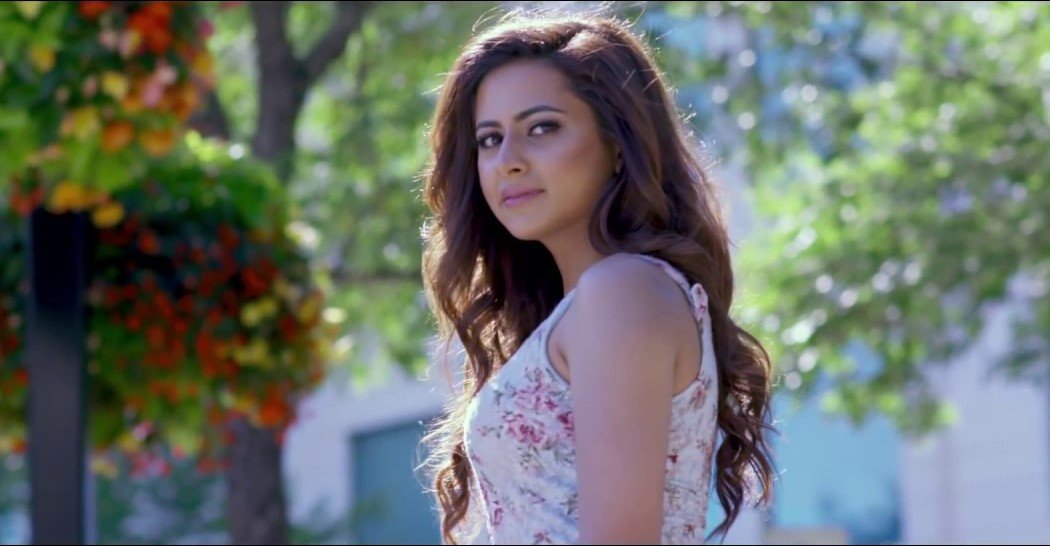 In August 2012 she was guest starred opposite Karan Patel in Snontara productions’ “Teri Meri Love Stories” on Star Plus. Also, she did “Kya Hua Tera Vaada” and did the role of “Ganga” in the most famous episode of Colors TV “Balika Vadhu” in 2013. Along with this she also worked as an anchor for Sony TV reality show “Boogie Woogie Kids Championship”. Although she also auditioned for the same show in her childhood with her mother but she was rejected, but not this time. And this is where the work of an artist speaks.

Other than the daily soaps and anchoring SARGUN MEHTA also did some of the fashion shows in Mumbai like; In November 2012 she walked the ramp for Indian Television Academy under the banner of “Fashion Ka Jalwa”. In May 2013, walked the ramp at Gitanjali Fashion Nights.

Some of the comedy shows that SARGUN MEHTA did were “Comedy Circus Ke Ajoobe” on Sony TV with Kapil Sharma. In 2016 she acted in World Famous Comedy Show “The Kapil Sharma Show” as Dr. Sudha.

SARGUN MEHTA participated in a famous Dance Show of StarPlus “Nach Baliye” and was the 1st runner up of the show. And also delivered some dance performances as special dance appearance at “Bigg Boss” India’s most famous reality show in 2014.

In February 2015 she was seen in the very first show of “Farah Ki Davat” with Abhishek Bachan. The show is hosted by the director Farah Khan. In May 2015 she was featured in director Sabir’s Music video “O Meri Jaan” with Gautam Rodem Ruhana Khanna, Ridhi Dogra, and others.

Now in 2015, she entered in the Punjabi Film Industry and her first debut film was Angrej with Amrinder Gill and Ammy Virk. The Film was very successful on the big screens and was emerged as 2nd highest grossing Punjabi Film of the year. Then she was seen in Punjabi Films like Love Punjab and Lahoriye again with Amrinder Gill. She also did a Punjabi Film Jindra. Sargun has also been the part of Punjabi Music Videos like the Recent release of Gurdas Maan “Mitar Pyare Nu” She had a special appearance in the last of this video this was based on situations faced by Punjab during 1984 wars. And her role was so realistic that adds more life and clearance to the concept of the video. In the recent release of Ammy Virk’s song “Qismat”, she was the main leading actress of the video and did a fabulous work. The song has already crossed 10 Million views on YouTube.