Surveen Chawla is an Indian actress and dancer who has performed on various TV shows, participated in some reality shows, has worked with a number of versatile artists in many Tamil, Punjabi and Hindi films as well. She has also been a host in some of the TV shows like Comedy Circus Ke Superstars on Sony Entertainment Television.

Although Surveen Chawla is active in the industry from the year 2003 and debut as an actress in TV serial “Kahin To Hoga”. After this, she appeared in TV serial “Kasauti Zindagi Ki” in 2004. 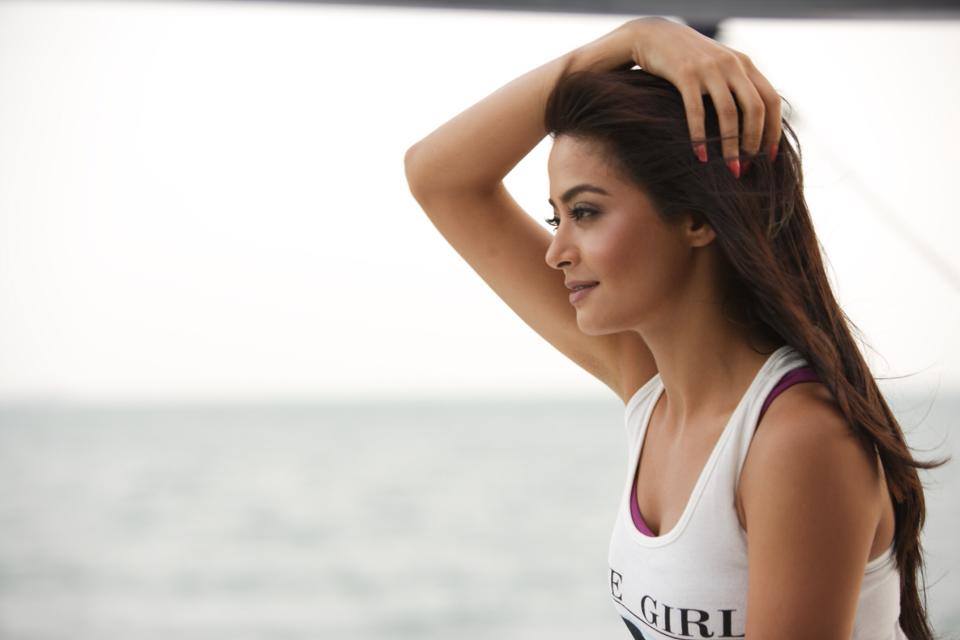 From the year 2006 to 2007 she worked as the lead protagonist in another TV serial named as “Kajjal”. Surveen appeared in Reality Show “Ek Khiladi Ek Haseena” in 2008.

Now after the TV it was time for her to be a part of Big Screens hence, her first debut movie as an actress was in a Kannada film “Paramesha Panwala” late in December 2008.

After a long break from the screens, she made a comeback through her first Punjabi film debut “Dharti” in April 2011. This came out be her very successful comeback as she won the award of “Dove Best Debut Female” from PTC Punjabi Film Awards. In May 2012 she appeared in Pollywood action comedy movie “Taur Mitran Di” with stars like Amrinder Gill, Rannvijay Singh, Amita Pathak and Navniat Singh.

Surveen Chawla played the role of lead actress in “Saadi Love Story” with Amrinder Gill and Diljit Dosanjh co-produced by Jimmy Shergill and Directed by Dheeraj Rattan in Jan 2013. Also next very year she appeared with Punjabi Superstar “Gippy Garewal” as a lead actress in movie “Singh Vs Kaur” which came out to be very successful at the box office. During this year she also performed her first item number in the Sajjid Khan’s Bollywood tale “Himatwala” in song “Dhoka Dhoka” as a Dancer and special guest appearance. She also did a Tamil Film “Moondru Per Moondru Ka Dhal” and appeared in Anurag Kashyap’s thriller Ugly in 2013. She was also seen in Smeep Kang’s “Lucky Di Unlucky Story” with the team of most popular comedy movie “Carry On Jatta” with Gippy Grewal, Jaswinder Bhalla, Binnu Dhillon and Gurpreet Ghuggi.

Surveen Chawla performed in song “Tuti Bole Wedding Di” of the blockbuster movie “Welcome Back” in 2015. Was a lead actress of Jimmy Sher Gill in Pollywood movie “Hero Naam Yaad Rakhi” released in July 2015. She did the role of “Biyali” in Bollywood drama film “Parchad” in 2015 directed by Leena Yadav and Produced by Ajay Devgan.

Her latest works include a Tamil Movie “Puthiya Thirup Pangal” 2017.

Awards and Nominations of Surveen Chawla: