Television is the name of upcoming Punjabi movie 2019  starring Kulwinder Billa and Mandy Takhar, the shoot of this film has been started recently in mid of September 2018. Kulwinder Billa earlier made his debut in Punjabi film industry by playing a supporting role in film Subedar Joginder Singh with Gippy Grewal.

Kulwinder Billa is a famous and well-known singer of Punjabi Music Industry and is recognised for his songs like AngrejiWali Madam, Palazzo, Time Table and Time Table 2 and many more. Now, this upcoming Punjabi movie Television is his third film in the industry, previously his movie Prauna was released on 28th September 2018 with Wamiqa Gabbi and was directed by Mohit Banwait and Amrit Raj Chadha.

Now Television is upcoming 2019 Punjabi film which will be a period film from the times when the trend of television was introduced to a village in Punjab. Along with Kulwinder Billla, Mandy Takhar is going to act in this film and will be lead actress of the film.

Mandy Takhar is from one of the most beautiful actresses in Punjabi film industry and has done many Punjabi films till now. She first appeared in movie Ekam- Son of Soil with BabbuMaan in 2010. After than she did many films like Mirza- The Untold Story, Saadi Wakhri Hai Shaan, IshqGraari, Sardaarji, Ardaas, Sardaarji 2, Rabb Da Radio and recently in Ranjit Bawa starrer Khido Khundi.

Television Punjabi film will be directed by Taj, known for direction of many Punjabi songs and recently directed a film named as Punjab Singh. Television will be releasing under the banner of Simerjit Singh Productions.

Poster of Punjabi movie Television has been released and first look shows some people including children, youngsters and elders are sitting in front of an old style television, showcasing an antina on a roof. Television has been typed in three languages on the poster, Punjabi, Urdu/ShahMukhi and English as well. 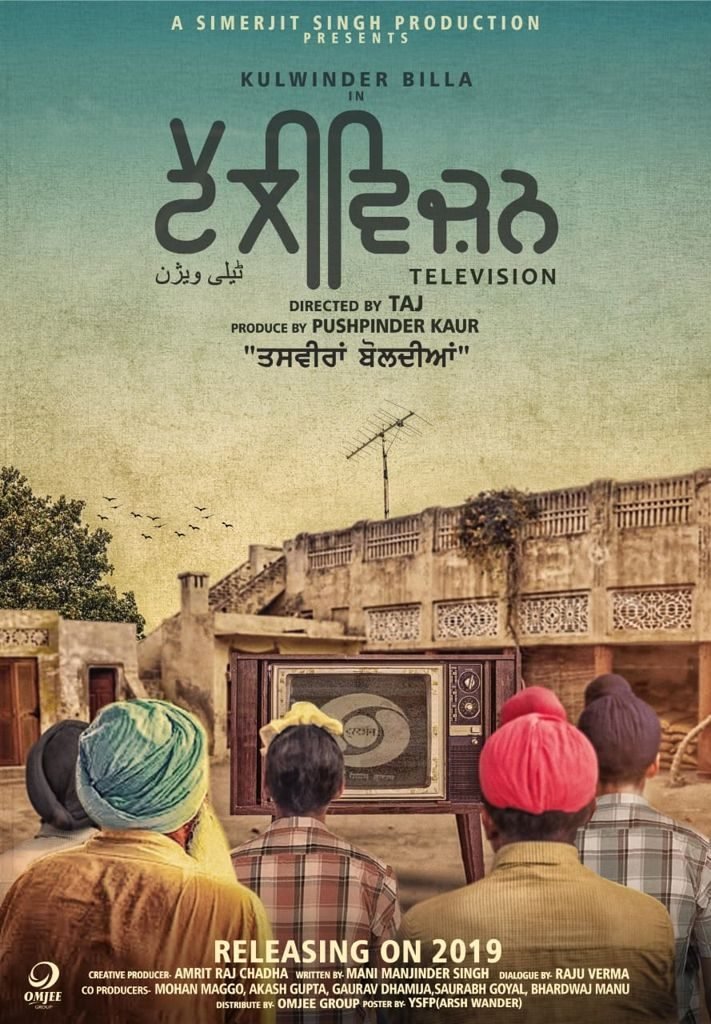 A tagline is also given to this topic that is “TasveeranBoldiyan” which means Pictures Speak. Along with this it shows some information regarding the production and releasing year of the film.

No songs of Punjabi film Television has been released yet.

Television Punjabi film will be releasing in 2019.