Afsar is an upcoming Punjabi movie. Tarsem Jassar and Nimrat Khaira are the lead artist of Afsar movie. There is a huge excitement among the audience for Afsar movie.

The shoot of the movie is done on the locations of Patiala and other parts of Punjab, Afsar Punjabi movie is inspired from the real life problems.

Afsar is directed by Gulshan Singh and it’s also a directional debut of Gulshan Singh.The movie is Produced by Nadar Films and Vehli Janta.

Lead artists, Tarsem Jassar and Nimrat Khaira are the famous Singers of Punjab and have a huge fan following.

Tarsem jassar’s movie like Rabb Da Radio and Sardar Mohammad were the biggest hits of 2017 and on the other hand, Nimrat Khaira’s role in lahoriye was appreciated by the audience. Now all are excited to watch Nimrat Khaira in lead role in Afsar Punjabi Movie.

It is made under the banner of Nadar Films. Afsar is scheduled to release on 5 October 2018. 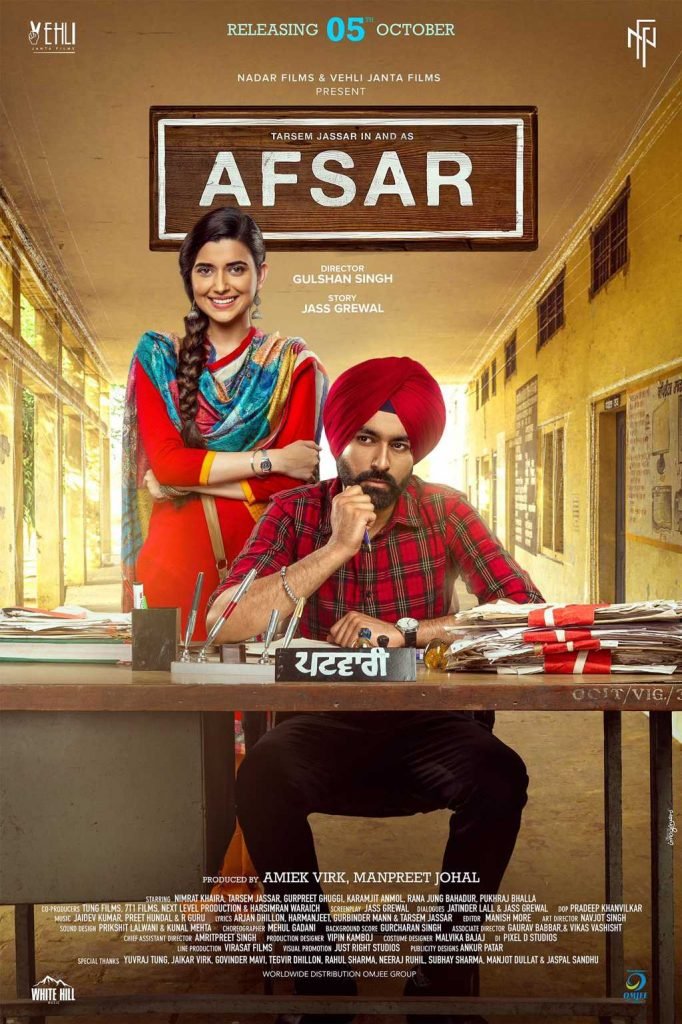 Not only the story and acting of the Punjabi movie Afsar have got an excellent response, but the music of tarsam jassar’s movie has also got awesome reviews. Afsar Movie’s music has been composed by Jaidev Kumar, Preet Hundal, R guru.