Blackia is another upcoming movie of DevKahroud along with Kakaji which will be directed by MandeepBenipal and opposite Dev we will have Aarushi Sharma. Blackia is a kind of film for which we guess DevKahroud is known for. He got fame from the movies like Rupinder Gandhi The Gangster and Rupinder Gandhi 2 The Robinhood as well.

He has done a great job in his latest release Dakuan Da Munda and was a super hit film. Blackia is also a movie that is related to underworld don’s stories and all that, because the name and posters, both suggest us the same.

This film is being directed by SukhminderDhanjal who is making a comeback in Punjabi industry after a long time in terms of direction. He is previously known for movies like LagdaIshqHoGya, Bhaagi and Kabaddi Once Again.

This will be a huge comeback from SukhminderDhanjal as DevKahroud is a brilliant actor who has already gained a success in making a unique image in the film Industry. The story of the film is penned by Inder Pal Singh and Blackia will be releasing under the banner of Ohri Productions.

Poster of the film is very attractive and its first look says that this concept will totally suit an actor like DevKahroud. 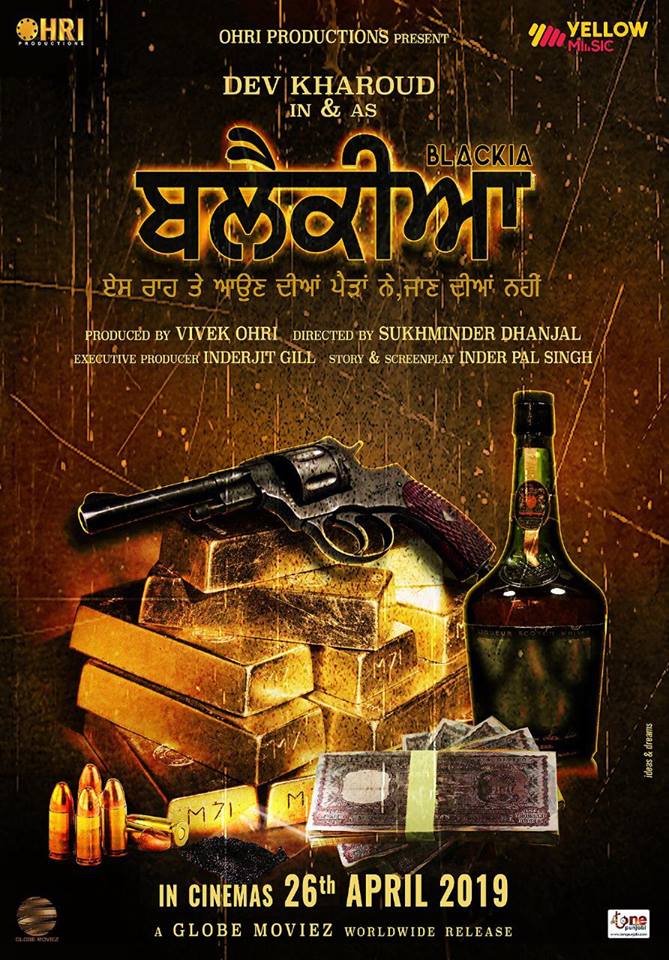 The poster shows a bottle of beer or wine, gun, money, bullets, gold biscuits and everything that represents underworld dons and one of which is named as Blackia, which will be played by DevKahroud.

The first look of the film is interesting and other than the image the poster contains general information about the team of this film. Along with the name Blackia the poster also holds a tagline

which means that this is a profession where you can come from a way but there is no way to escape from this road.