Acting is an art that can lead anyone to cry while laughing and also the vice versa stands true. Along with a particular type of cinema, this could be done as perfection for an artist, changing your facial expression, dressing sense, hair cut for the films and TV serials has become such an easy task to do with the parlors and all. But to command over the languages without the personal touch is a much difficult task to do. Some  Bollywood stars are mostly seen in Hollywood movies as they have good command in English and talent to act in the same way the foreign actors do. But to work in the film industries like Pollywood, Bollywood, Tollywood, Telugu and Malayalam films is out of the question for one. But this is been made possible by very talented Wamiqa Gabbi. So, let us now see towards the works she has done till now in the various industries as a versatile actress and also with some leading roles for the same.

Wamiqa Gabbi was born on 29th September 1993 and brought up in Chandigarh. Her father Govardhan Gabbi is a Punjabi Writer and mother Raj Kumari is an educational expert, her younger brother Hardik Gabbi is a budding actor and Musician. Wamiqa was interested in acting and dance from her child hood and she was just 8 years old when she got to perform in a Punjabi TV Serial. 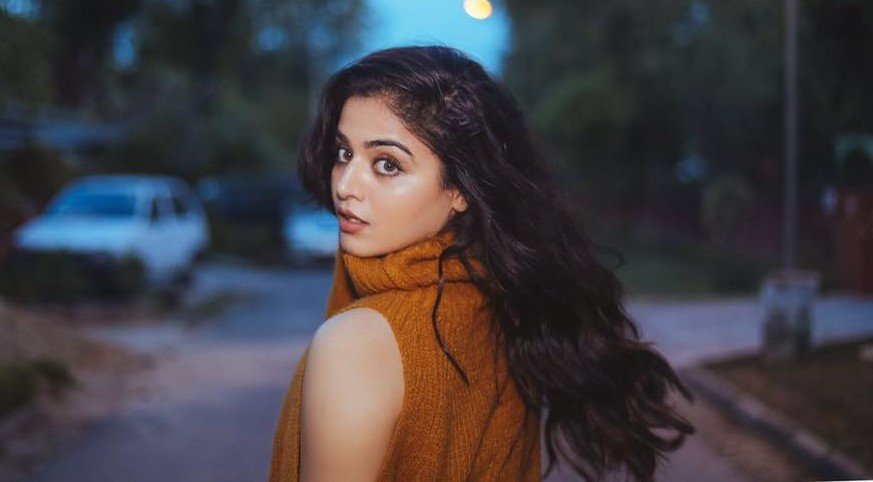 Wamiqa Gabbi is a trained Kathak Dancer which is more of a difficult task. She also performed in a Dance Show that was judged by the most talented actor of the Bollywood industry “Amir Khan”. Also, Wamiqa was in top 5 contestants in the show in 2007 and this was during the show that she got attention and was offered a role in the super hit film “Jab We Met” starring Shahid Kapoor and Kareena Kapoor Khan. After her debut, Wamiqa was seen in “Love Aaj Kal” starring with Saif Ali Khan in 2009. After this, she was seen in Bollywood movie Bittoo Boss in 2012.

She is also known for her work in the thriller Hindi tale “Sixteen” in 2013 and Telugu films like Bhale Manchi Roju in 2015 as a lead actress along with her famous Tamil movie Maalai Nerathu Mayakkam as in the role of a character named Manoja in 2016. Wamiqa Gabbi also played a lead role in the Malayalam movie directed by Basil Joseph in May 2017 and the movie was titled as “Godha”.

Wamiqa Gabbi got a big break from her first debut in Punjabi Film Industry with the movie “Tu Mera 22, Mai Tera 22” starring with Yo Yo Honey Singh and Amrinder Gill. After this, she also starred in Pollywood movies like Ishq Brandy in 2014 and Ishq Haazir hai.

The latest she is working on a Tamil Movie which she signed in March 2017 named “Iravaakaalam” which is to be directed by Ashwin Saravanan and starring with Sshivada and S.J. Suryah. And for the Pollywood, she is the part of most awaited comedy tale by Ammy Virk and Sonam Bajwa “Nikka Zaildar 2”. That is going to release on 22th of September this year.

As per her achievements Wamiqa Gabbi was nominated for various Awards like for best-supporting actress in Tu Mera 22 Mai Tera Bai at PTC Punjabi Film Awards in 2014.