Deep Joshi’s Hard Work Made Him Much More Than An Actor, Here Is Everything You Need To Know

Being an actor or being successful not only in just art field but in anything is never an easy task. You have to face difficulties, defeats, ups and downs throughout your life, although we know that fact that there is nothing called as perfection but still, there is something always needed to go near to perfection.

Deep Joshi is also one of the people who had a dream of just being an actor and being on the other side of the screen like many big stars. But this dream has taken a lot of time and dedication to wear clothes of reality in the existing world. And through this, he not only just become an actor but also became a producer, director and writer as well.

Doing acting is one thing but knowing everything that is related to acting and do all the things time by time is not an easy task. This is also not less than a multi task work. So, let us find that how this handsome actor of upcoming Punjabi movie “Jugni Yaaran Di” has grown up and how his dream has slowly put forward steps in real life. 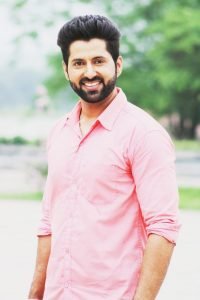 Deep Joshi was born in a village near Ludhiana, Punjab and from childhood, he was in love with the art of acting. He completed his early study from SAN Jain Senior Secondary School. And then he completed his graduation from Aarya College. Then came the high time when he started his career in acting by joining various theatre groups and he has been part of many groups in cities like Amritsar, Patiala, Ludhiana and others. He also did masters in theatre from Patiala.

But after all this, the journey was still to be called as “struggle”, not “success”. Then he decided to go to the city of dreams, Mumbai. Where he joined theatre group again and after some time he got a role in Sony Television’s show which was based on a Love Story and he played a lead role in it. The audience loved his worked and appreciated his talent after all and then again he got an offer from Zee TV’s show “Chalti Ka Naam Gadi”.

This was the time when Deep Joshi felt that feeling of actor for which he struggled so much. This is really hard to say that what consequences he may have gone through and what were the most difficult times of his journey, but yes there is no doubt that the journey made his stronger and stronger, each and every time he fell down.

Now, from television world, he finally came in movies and that too with the legendary artist of all the times, Gurdas Mann. He did movies like Chakk Jwana and Sukhmani with Gurdas Mann and also played important roles in both the films. This gave Deep Joshi a new beginning and new recognition around the world of movies. He is considered one of the finest artists and has also worked as a film writer. 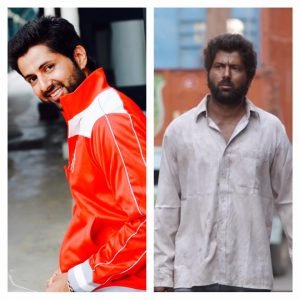 For doing something other than acting he also took interest in the field of writing which is very difficult work and you really need a focused mindset to pen down anything. If that anything is supposed to be a movie script then there must be a great man inside you to pen down various characters, each one of them with a particular nature and characteristics. But life makes you learn everything when you have dedication and hard work in the right direction.

Deep Joshi also penned a movie named as “Burraaahh” which he took to director of his current film Sagar S Sharma. Sagar loved the script and got ready for making a film on the script. Hence, we had Burraaahh in front of us and Deep Joshi himself played an important role in the film. The movie was super hit at box office and was loved by people. This is how Deep Joshi became a writer along with acting.

Afterwards, he had a dream of making a movie, producing it and directing the same as well. The journey started with the film “Bathinda Express” which was produced and directed by Deep Joshi, the best thing about this film was that Deep Joshi gave chance to many new actors to try their luck in the industry. This shows that Deep Joshi does not only thinks of making money through his art but he also thinks about new and struggling actors and he wants to do something about them.

He could have gone for some star artists for the film but he chose the people who need work and have talent in them which is to be recognised by the audience. Nowadays Deep is busy in the shoot of a Bollywood film along with which we will now see him in upcoming Punjabi movie “Jugni Yaaran Di” which is directed by Sagar S Sharma, the director of his first written film Burraaahh.

Jugni Yaaran Di is special to him because Deep feels that this is going to be a very different movie in terms of concept which revolves around story some college life students. The lead roles in the film will be done by Deep himself, along with very beautiful Mahima Hora, who is going to make her debut in Punjabi industry. Preet Bath, lead actor of Kavi Raz’s film Kande will also be seen playing a major role in the film.

The release date of Jugni Yaaran Di is 19th July 2019, which is next to the day of Valentine and this film being the best celebration of it. Jugni Yaaran Di also targets youth and youngsters, this being a mixture of comedy, drama and full package of entertainment.

This is one of the best moments for Deep Joshi as he is again going to work with one of this favourite directors. The tuning between him and Sagar S Sharma is very friendly which helps them work together in a profession and passionate way.

The journey of Deep Joshi was not easy and also at the same time it is an inspiration for all those who are struggling in this journey of acting or any other art. Becoming a star does takes a lot but still, everything that you get after that is always much more that you expect it to be. Your struggle is not bad part of your life but it makes you realize that how you should deal with the success and builds your ability to maintain your success for a much longer time.