Uda Aada is an upcoming Punjabi movie starring very talented singer, lyricist and actor Tarsem Jassar along with beautiful actress of Punjab Neeru Bajwa. Both of them are sharing the screen for the first time and will be seen in this upcoming film.

The name of the movie is very interesting and the poster has been released by Tarsem Jassar on his social media handles. The poster contains first two letters of Punjabi language typed in Gurmukhi i.e. Uda and Aada, this already suggests that the film will be based on the richness of Punjabi language also we can expect a kind of good message behind the thought. 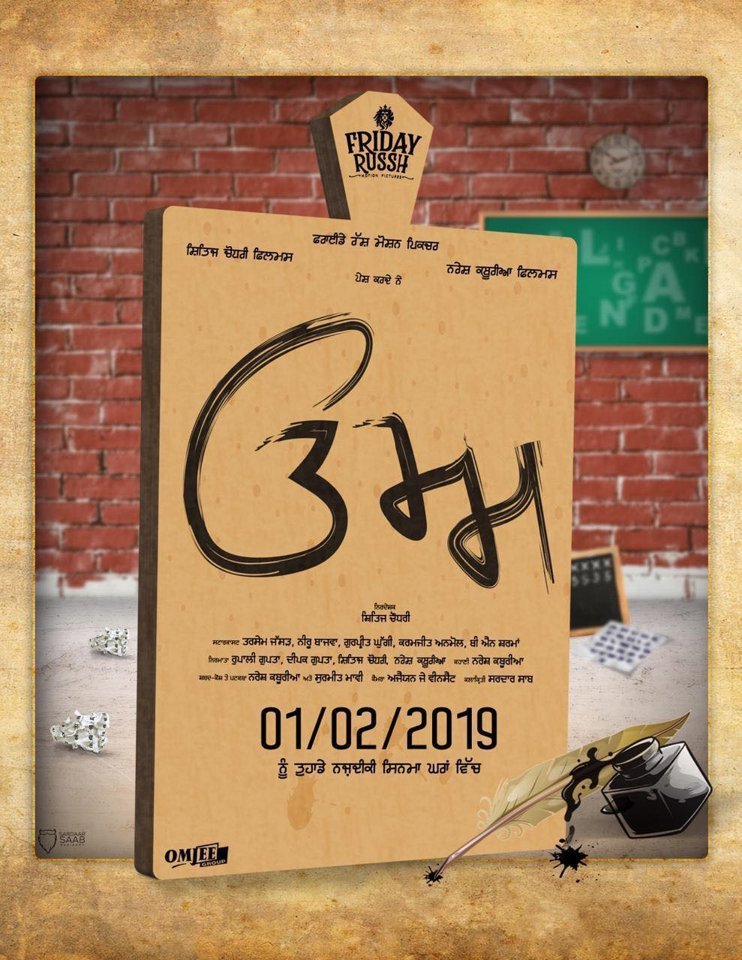 Punjabi cinema is on its way of growing and is now taking a turn which is very important for the youth and society so that we can know that what is good and what’s bad for us. Although Tarsem Jassar is always known for his creativity in the films and in his songs, may it be his previous movies like Rabb Da Radio, Sardar Muhammad and others.

UdaAada will be directed by Kshitij Chaudhary, a great director of Punjabi industry and he have given movies like Mr and Mrs 420, Golak Bugni Bank Te Batua, Main teri Tu Mera and many more. He is now coming up with Uda Aada which will be hopefully adding one more star and super hit movies directed by him.

Uda Aada is produced by the director himself along with Naresh Kathuria, Rupali Gupta & Deepak Gupta. It will be releasing under the banner of Friday Motion Pictures, Kshitij Chaudhary Films and Naresh Kathuria Films. The story of the film in also penned by one of the producers i.e. by Naresh Kathuria.

As of now, the release date of UdaAada is 1st February 2019.