Jeet Rudka is an Actor, Executive Producer and will be soon seen in Punjabi film Kande. Being a part of a film that is directed by someone with so much experience is a huge thing to do, after the success of The Black Prince, Kavi Raz is all set to make a Pollywood film named as Kande and Jeet Rudka is the Executive producer and will play the role of Sarpanch in Kande Movie.

The journey of this actor is full of experiences and hard work; it really took time and unbeatable desire to be a part of the big screen. Also to become Jeet Rudka from Jitendra Sharma has never been an easy task for him. So, let us know about his life journey from start to till today. 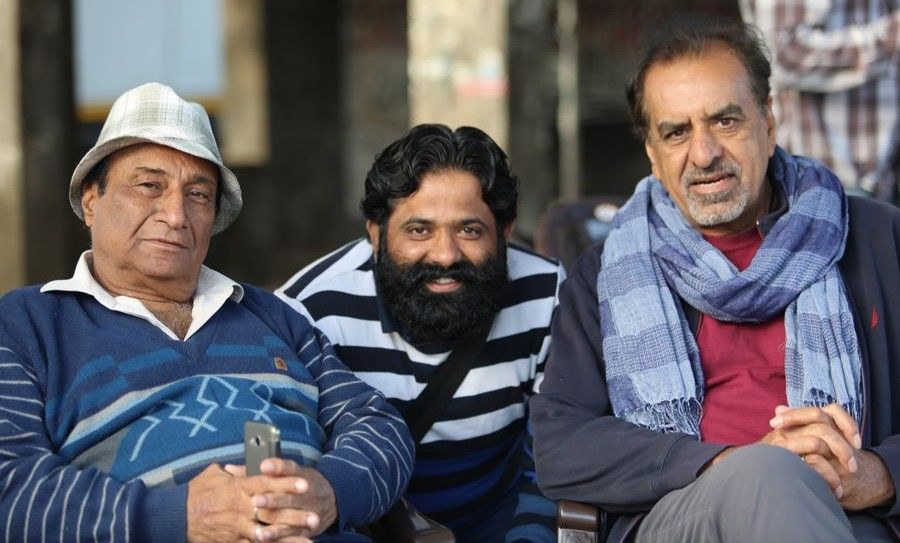 Most of the people take too much time to know their inbuilt talent and make best of it but Jeet from the school days started doing acting and his very first role was in a play at B.C.M. School (Ludhiana) named “Jung-e-Aazadi” as “Shaheed Bhagat Singh” in 1996. For an actor to do very first role as Shaheed Bhagat Singh is really an impressive thing also, playing a freedom fighter’s role is not just acting and impressions, it’s more of a responsibility to do such a role and get appreciated for the same is another level of achievement and Jeet is one of the artists who have reached it. His role as Bhagat Singh had so much appreciated that school decided that Jeet will be representing their school for all the upcoming and future cultural activities. So, after being part of his art at the school for 5 years and winning so many awards for the school, his talent was appreciated by the school administration by giving awarding him as Best Actor.

After the school time, it was time for Jeet to shine higher in college and so, the next phase of his journey started at S.C.D. College, Ludhiana. Where he met Habib Tanvir, who was renowned theatre artist of India during his performance in stage play named “Jis Lahore Ne Vekhya Oh Jamya Nahi”. With the motivation of Habib Tanvir, he decided to join a theatre group and he went to Patiala City at Harpal Tiwana Foundation.

In 2002, he met his Master Smt. Nirmal Rishi Ji at Patiala and his classes of acting started with the note that one will become actor one day. Now Jeet Rudka was the part of a theatre group “Alive Artist Group” in Ludhiana formed by Nirmal Rishi ji and for the first time in 2003, Jeet was going to perform professionally. He was the part of very famous play “Saavi” and his character was named as “Raanju” which was liked by everyone and it was the first time in the history of Punjab Vidhan Sabha that someone played Gujjar Oriented Play in Chandigarh.

Next production of Alive Artist Group was tragical play “Thukde Kalire” in 2005 in which Jeet for the first time played the main Villain role as Mohal Lal Aggarwal (MLA) and this was too appreciated by many at Guru Nanak Bhawan, Ludhiana. In the same year after attending the workshop of famous artist Nadira Babbar (Ek Jute Theatre Group) and he decided to move to Mumbai for his career but as an elder son of the family, he had responsibilities that he couldn’t ignore just for himself. Hence he canceled the plan and his struggle continued.

Later in 2015 Jeet Rudka, Sukhpal Sekhon decided to create their own theatre group and named it “The Wave Artist Group”. The first play, the team of Wave Artist group performed was “Kande”. The play was performed in front of DGP of Punjab at Guru Nanak Bhawan, Ludhiana on 18th July 2015, the show was a huge success and Jeet played 2 very important characters of Dayal Singh and Deepa. The play was appreciated by everyone and the Wave Artist Group came into the news as soon as it happened. 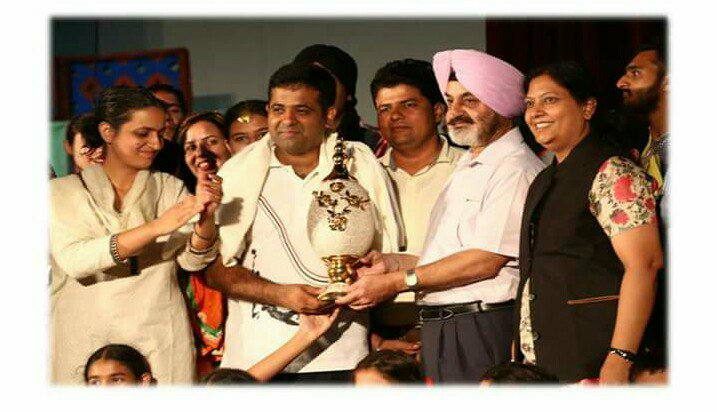 In 2016, it was time for him to shine higher and to be seen on the big silver screen. When he came to know that the Bollywood movie “Dangal” of Amir Khan is going to shoot in Ludhiana, then he made an effort for the same and got a chance to work with the legend Amir Khan and he learned more about filmmaking and appeared as a featured artist. Dangal motivated him to make his dream project Kande Punjabi movie.

In December 2016, after getting experience from team Dangal, Jeet decided to work on Punjabi film. Jeet convinced producers Mr Rakesh Sharma and Amardeep Singh Kooner to work in their project.

The team under V.R.V Production was formed in 2016. And finally, on 27th February 2017 inauguration of the work for his upcoming film, Kande started at Baddowal, Ludhiana. He is really honored to work with the Hollywood Movie Director Kavi Raz and is doing his first Punjabi Debut in Kande as an actor. Also, he is the Executive producer of the film.

This is how Jitendra Sharma Became Jeet Rudka and we wish him all the very best for all his further works and may God bless him with more fame and success in the future.